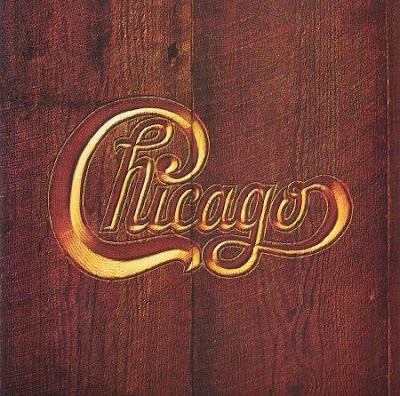 One of the albums we had growing up was Chicago At Carnegie Hall, a four disc set running nearly three hours. ( And the best selling "box set" in history until Springsteen came around with his Live 75/85 album). Naturally we never listened to Carnegie Hall. Who has time to pull out four separate discs out of a box? And once you put on Side 1 haven't you really committed yourself to listening to all eight sides? You can't walk out of The Godfather after the wedding scene!

Even for a band whose previous albums were all double records, four discs should equal at least two years off. And Chicago deserved a break. But keyboardist, vocalist Robert Lamm, known affectionately by deep dish Chicago fans as the heart of the band, stepped up and wrote eight of the ten songs featured on Chicago V including the #3 hit "Saturday In The Park" , the Top 40 "Dialogue" and a sweet deep cut "All Is Well". Chicago V went to #1 in both the Pop Charts...and the Jazz Charts. 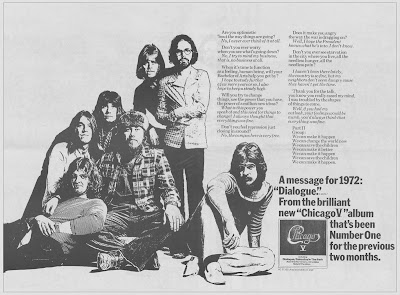 I know it's unfair to say that the horn charts on Chicago V are far too busy for my ears. Busy horn charts are the raison d'etre of Chicago. And I like raisins. But given the choice I will still stick with Blood Sweat and Tear's 1968 album  Child Is The Father to The Man, another album we grew up with and played quite a few times even though the album cover gave us nightmares.

The band lumbers through the bulk of the album like a mastodon with shin splints. I wonder if Chicago devotees would desert the boys if they decided to abandon, or at least altar, their formula and challenge themselves a mite.
at 9:48 AM