40 Year Itch : Give Me Missing Persons

Jimmy Page called Little Feat his favorite American group. At their height, they were Elvis Costello's favorite too. He saw them open for The Doobie Brothers in 1975. Jackson Browne called Lowell George "the Orson Welles of Rock".

But just as all those years on the road were about to pay off and make Little Feat a household name, Lowell George began downplaying his role in the band. Maybe it was the other projects he had going on ( he produced other artists and helped Emmylou Harris and Rickie Lee Jones get Warners contracts), or his head butting with keyboardist Bill Payne. Maybe it was his health. But The Last Record Album sees Payne and guitarist Paul Barrere taking on more of the songwriting responsibility. They were good for one sure-fire classic, "All That You Dream", but for me the highlight is Lowell's soulfully sung "Long Distance Love" and just about anything he played on slide guitar. 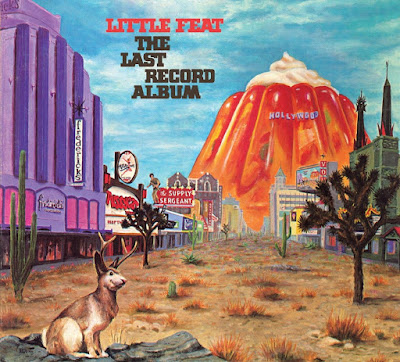