Introducing The Plasmatics : Tits Over Talent 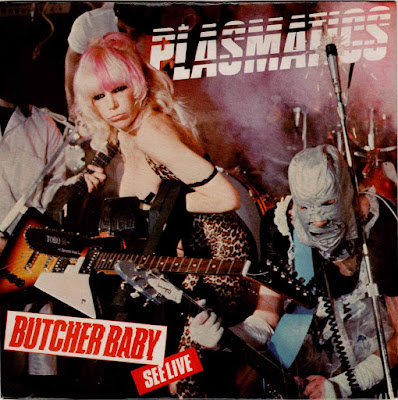 In June of 1980 Stiff Records released "Butcher Baby", a four song EP by The Plasmatics. Pressed in red and white striped vinyl, it confirmed suspicions that the band's talent was not in in the music but in the live show. Even so, critics were not fans. Paul Rambali of NME said The Plasmatics were:

"...a bunch of low-rent sleazo degenerate New Yorkers scumsurfing their way into the public consciousness on the strength of a highly visible pair of female mammary organs belonging to the 'colorful' Wendy O. Williams. Wendy seems proud of her endowments, such as they are. Two old  but stil firmly rounded orbs about the size of ripe Spanish oranges that jut our proudly from her fulsome torso and ...It's no good. I can't go on...What I mean is, if you want to see porn, why waste your money on this stuff? The real hard stuff is just as cheap, and just as squalid, and just as boring. 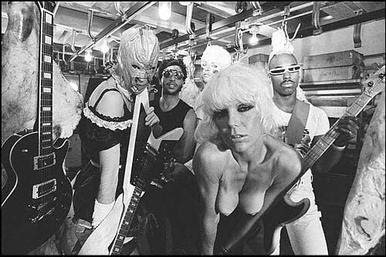