Interview with The Whipped Cream & Other Delights Model 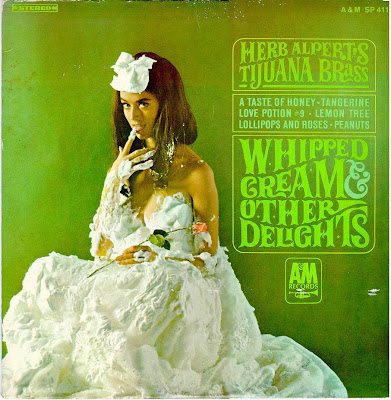 In the 1960's Seattle's doe-eyed Dolores Erickson became one of the nation's top fashion models. But her most famous photo shoot involved little in the way of fashion. In a Los Angeles garage, Dolores smothered herself in shaving cream to pose for one of the most famous and sexiest album covers of all time.
"It didn't seem risque to me," Dolores told me decades later in a cafe."You know, a low decolletage has always been in."
The album cover promised "whipped cream and other delights". For decades men have fantasized about those "other delights" with the tantalizing woman smothered in form fitting foam. 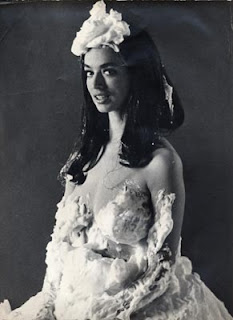 "I had a bikini underneath and at one point it did slip all the way down but I wasn't aware of it."
Dolores is now an artist living in Kelso Washington. But she'll never shake that sultry image that helped Herb Alpert and the Tijuana Brass sell eleven million albums.
"I've done so many wonderful things", she laughs. "I just think it's ironic that this happens to be my ghost."
For dessert I had the waiter bring out a small cup of whipped cream for Dolores.
"Mmmm, " she said after a spoonful."It's great.Corny but great". 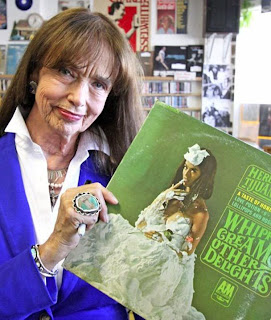