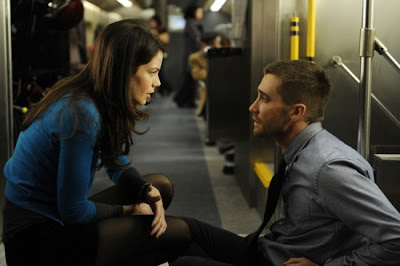 The terrific sci fi thriller SOURCE CODE, now out on DVD , has a new take on time travel. So 1001Songs asked the director Duncan Jones ( AKA Zowie Bowie) to name a song that takes him back in time... to happy childhood memories.

Both Duncan Jones and his father, David Bowie, first hit the mainstream with artistic takes on lonely spacemen as their topics. Dad had "Space Oddity". Duncan had Moon. A "mesmerizing mindbender" that Vera Farmiga claims to have seen 8 times.

The song that takes him back isn't one of his dad's though. It was a UK hit from the 80's. 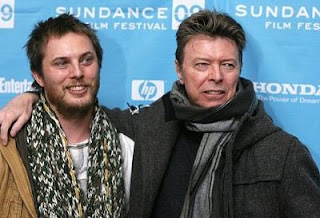 " There's a piece of music which I used in "Moon" and then used again in "Source Code". It's a song by a guy called Chesney Hawkes from the UK and I used it as an alarm clock ring in Moon and I used it as a cell phone ring in Source Code and that's kind of my Alfred Hitchcock shadow in the background so I'm hoping to use that in every film I can but that certainly puts me back in time"


I should add after seeing SOURCE CODE and MOON, I think it is becoming less and less important to point out he's David Bowie's son. He's a masterful director in his own right.
at 10:09 AM