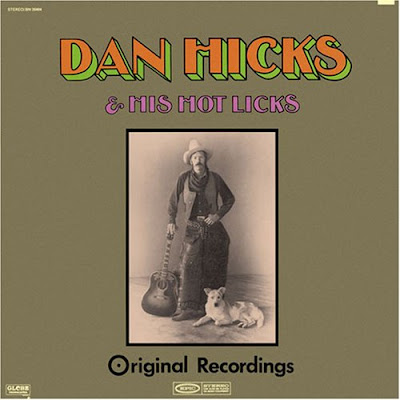 Nearly ten years before Jonathan Richman decided his Modern Lovers had to turn down the volume, stuff a pillow or two in the bass drum, and add some pretty voiced girls to the mix, Dan Hicks did just that with his Hot Licks. He even gave the pretty voiced girls a name: The Lickettes.


Hicks had been the drummer for The Charlatans, one of San Francisco's most influential psychedelic rock bands. Psychedelia may be the only genre of music you won't find on Original Recordings. You'll hear jazz, swing, and country and western. The lovely "Canned Music" is a sweet reminder that live music can be twice as good as hearing anything on the radio or jukebox.

Dan Hicks is still touring. He's as ageless as the music he plays.