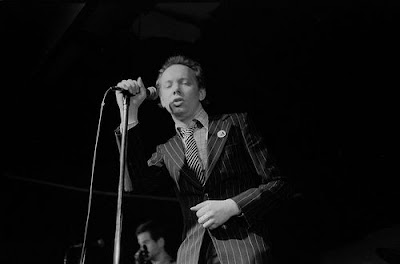 As told to Smash Hits Magazine for their August 23-September 5, 1979 issue via Like Punk Never Happened . That year Joe Jackson released his first two albums, Look Sharp and I'm The Man.

a) "Choosing ten favourites is hard enough; putting them in order is impossible. Anyone who can name their favourite record ever must have narrow musical tastes. Therefore I've chose nine number one's.
b) Number 10 is probably the worst record ever made.
c) Reggae is my favourite music so I've chose four reggae tracks.Next time I do a top ten it'll be four different ones.
d) I didn't choose anything more than three or four years old except Prince Buster-the old favourites are everyone's favourites."