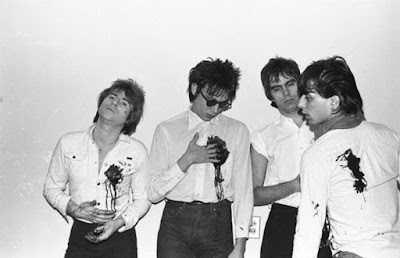 The future can arrive in a single day. 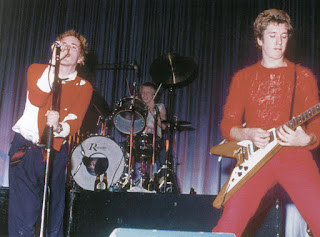 On January 23, 1976 The Sex Pistols performed two Small Faces covers ( "Understanding" and "What'cha Gonna Do About It") and originals like "Seventeen", "New York" and "Pretty Vacant" at Watford Technical College. It was their eighth gig. By the end of the year they would, according to Mojo Magazine "spearhead the biggest cultural revolution in Britain since The Beatles, creating a frenzy around them that transcended the music they made and changed the attitudes of an entire generation".

"The Pistols was an amazing coming together of a group of individuals who instantly didn't like each other, who were very suspicious of each other, but somehow managed to make that work for the best " writes John Lydon in Anger Is My Energy. "It became a runaway train of thought."

On the other side of London, in suburban Crawley, the band Malice met for their first band rehearsal in a church basement. Every Thursday Future Cure members Robert Smith and Michael Dempsey along with two classmates practiced Bowie, Hendrix and Alex Harvey covers along with some originals. They played their first gig in December.


And in Yonkers New York, former Television bass player Richard Hell and disaffected ex-New York Dolls Johnny Thunders and Jerry Nolan, along with Walter Lure, recorded demo versions of songs that would become legendary. They called themselves The Heartbreakers and had already developed a cult following in New York City.

Hell sang lead on "Love Comes in Spurts" and "Blank Generation". The band also recorded future L.A.M.F. highlights "I Wanna Be Loved" and "Chinese Rocks". The band would soon split up with Hell forming Richard Hell and the Voidoids while the other members retained the Heartbreakers name.  By the end of the year, The Heartbreakers would be touring with Sex Pistols in the UK while back in New York, Hell was shopping around an EP the Voidoids recorded at a studio that cost $10 an hour. It was called  Blank Generation.

"The EP’s like the caveman version," Hell told Uncut Magazine. " Crude. But, then, caveman art is beautiful. "