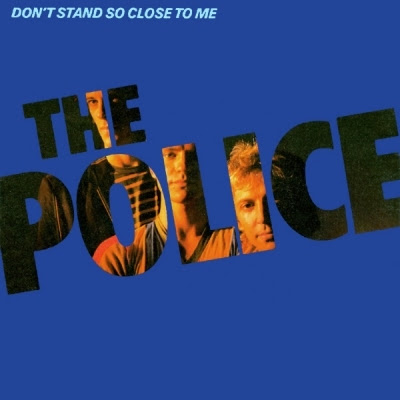 The Police : Don't Stand So Close To Me
[Purchase]
On September 29, 1980 The Police learned their new single, "Don't Stand So Close To Me", had entered the UK charts at #1. It would become the best selling single of the year in the UK, a top ten hit in the United States, and the theme song to 2020, the year of the Coronavirus.
The song was not, of course, written about social distancing. Now a sex symbol fronting the biggest band in the world, Sting had once been a school teacher.
In 1981 he said:
I wanted to write a song about sexuality in the classroom. I'd done teaching practice at secondary schools and been through the business of having 15-year-old girls fancying me – and me really fancying them! How I kept my hands off them I don't know... Then there was my love for Lolita which I think is a brilliant novel. But I was looking for the key for eighteen months and suddenly there it was. That opened the gates and out it came: the teacher, the open page, the virgin, the rape in the car, getting the sack, Nabokov, all that.
at 11:00 PM