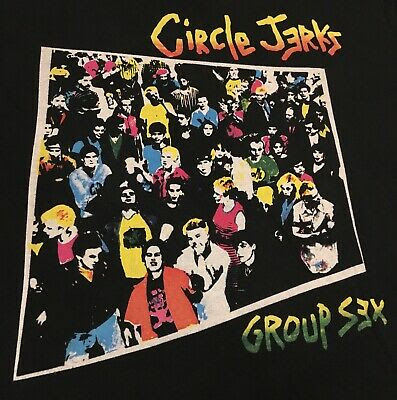 Circle Jerks: World Up My Ass
[Purchase]
On October 1, 1980 Circle Jerks released Group Sex, a landmark hardcore punk album featuring 14 songs in 15 minutes. Here the party punk band tackle subjects like alienation ( "World Up My Ass"), sex ("I Just Want Some Skank") and drugs ("Wasted"), the last one originally recorded when vocalist Keith Morris sang with Black Flag. Morris told Slash Magazine:
"Everyone calls us punk rock. We're just a garage band. We've slowly built up a fairly large following.  When we started the only place we could play  were places like Blackie's and private parties. Ten we started playing the Hong Kong and opened for the Dead Kennedys  at the Whiskey a couple of times. 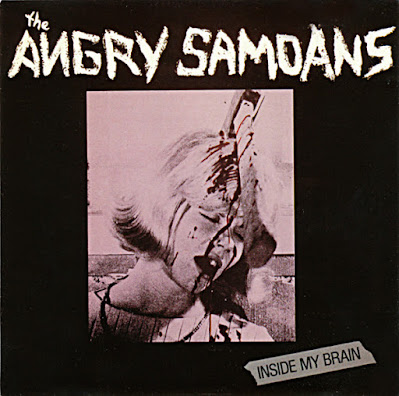 The Angry Samoans : Get Off The Air
[Purchase]
Also in October of 1980, The Angry Samoans released their six-song, ten minute debut EP, Inside My Brain. Mike "Metal Mike" Saunders explained the band's sound to Creep.
"I don't want to hear songs longer than two and a half minutes. If you go three minutes someone should kick you in the fucking ass. You should have a gun pointed at your head and as soon as you hit three minutes..."
Among the songs is "Get Off The Air", directed at Los Angeles disc jockey Rodney Bingenheimer.
Sez Ripper Magazine:
"If your mental profile consists of deeply-ingrained anger and resentment, if you get so pissed off sometimes you just want to explode, if your idea of relaxing is watching horror movies filled with blood and gore, then you'll get a thrill out of this record."
at 11:30 PM

Labels: 1980, Circle Jerks, Get off The Air, Group Sex, hardcore, Inside My Brain, Rodney Bingenheimer, The Angry Samoans, World Up My Ass