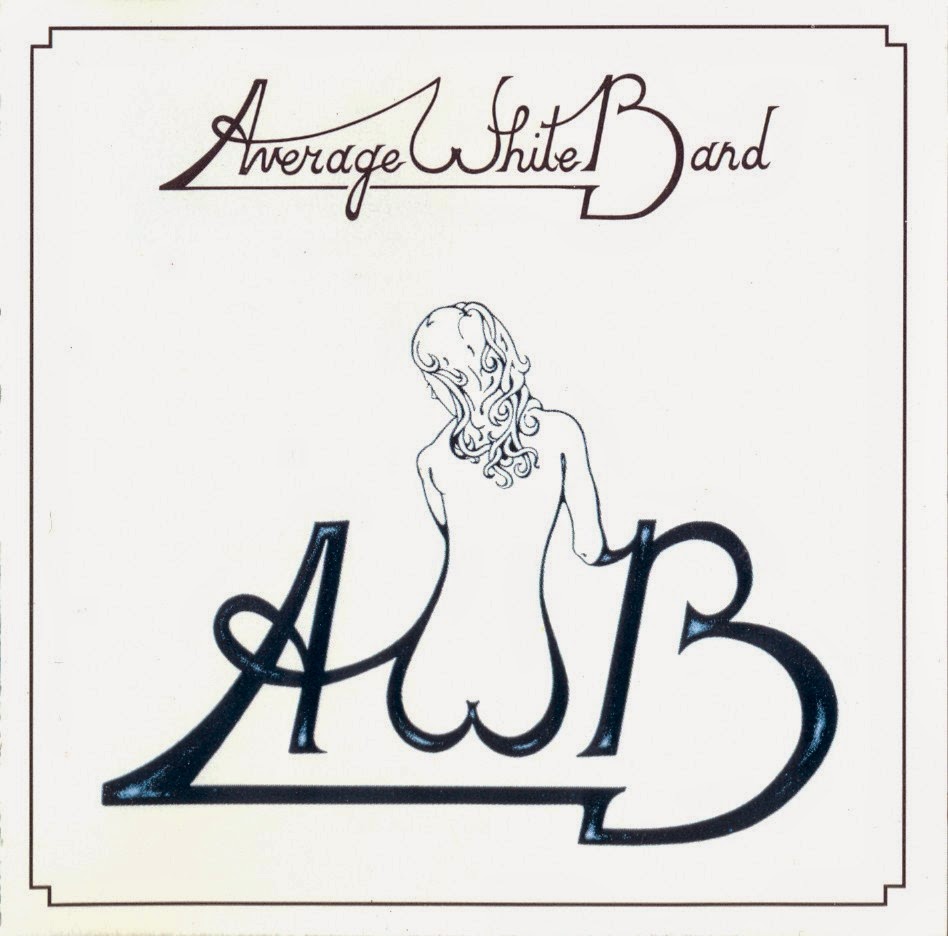 Made up entirely of white Scottish musicians, some of whom backed black artists touring the UK, the Average White Band "doesn't merely sound like a soul band " wrote Bud Scoppa for Rolling Stone. "It is a soul band; there's no question about that, although there's the obvious question about how in the world the sextet got to this level of proficiency and emotional involvement in a culturally alien idiom." 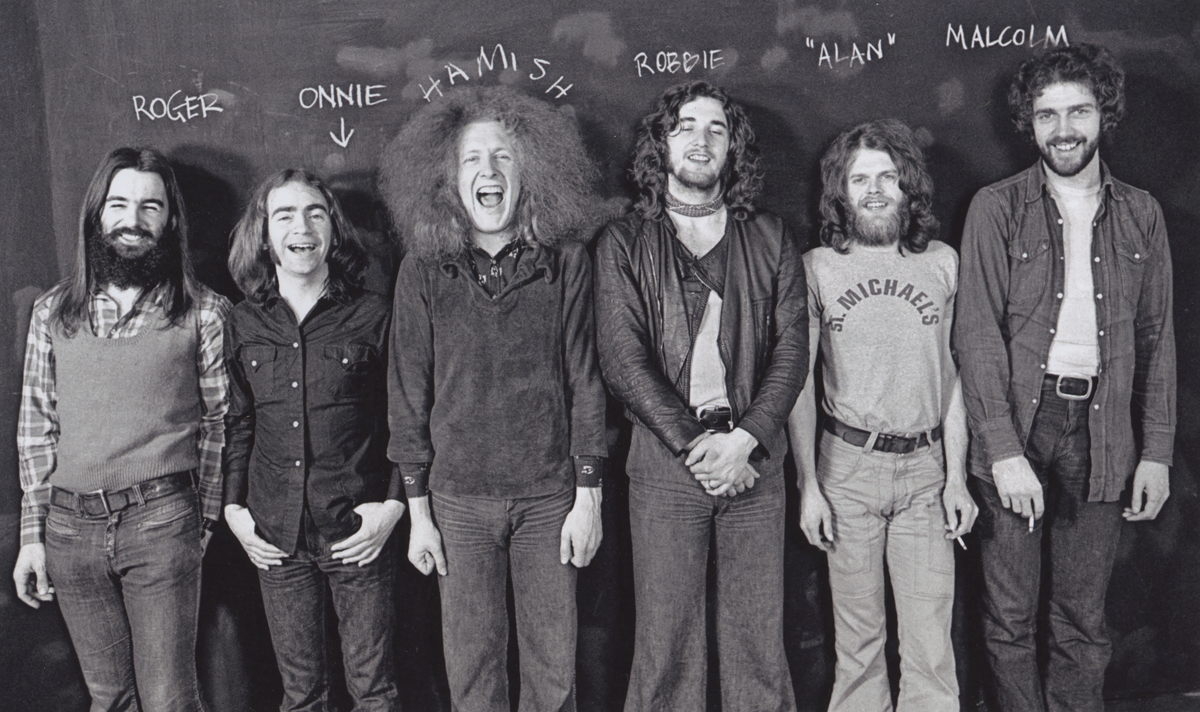 AWB is the band's second album following 1973's poor-selling Show Your Hand. Clapton's tour manager Bruce McCaskill saw something in AWB when they opened for Clapton's comeback concert. He moved them to Los Angeles and got them a record deal with Atlantic. The album was recorded in Miami and New York City.

This is my favorite album released in August of 1974. AWB is a self assured soul and funk album that is ten times better than you'd ever guess. Best known for the #1 instrumental "Pick Up the Pieces", it also features the Stevie Winwood style vocals of Alan Gorrie and the falsetto of future McCartney band mate Hamish Stuart, then sporting an outrageous Scotfro. Also: The Dundee double threat on horns. And the drumming of Robbie McIntosh. In LA, they were joined by top notch session musicians like the Brecker brothers on horns and Ralph McDonald on congas.

It's not easy to pick a favorite. The entire Side A is essential...including the Isley Brothers cover "Work to Do".

No wonder it sold so many copies. 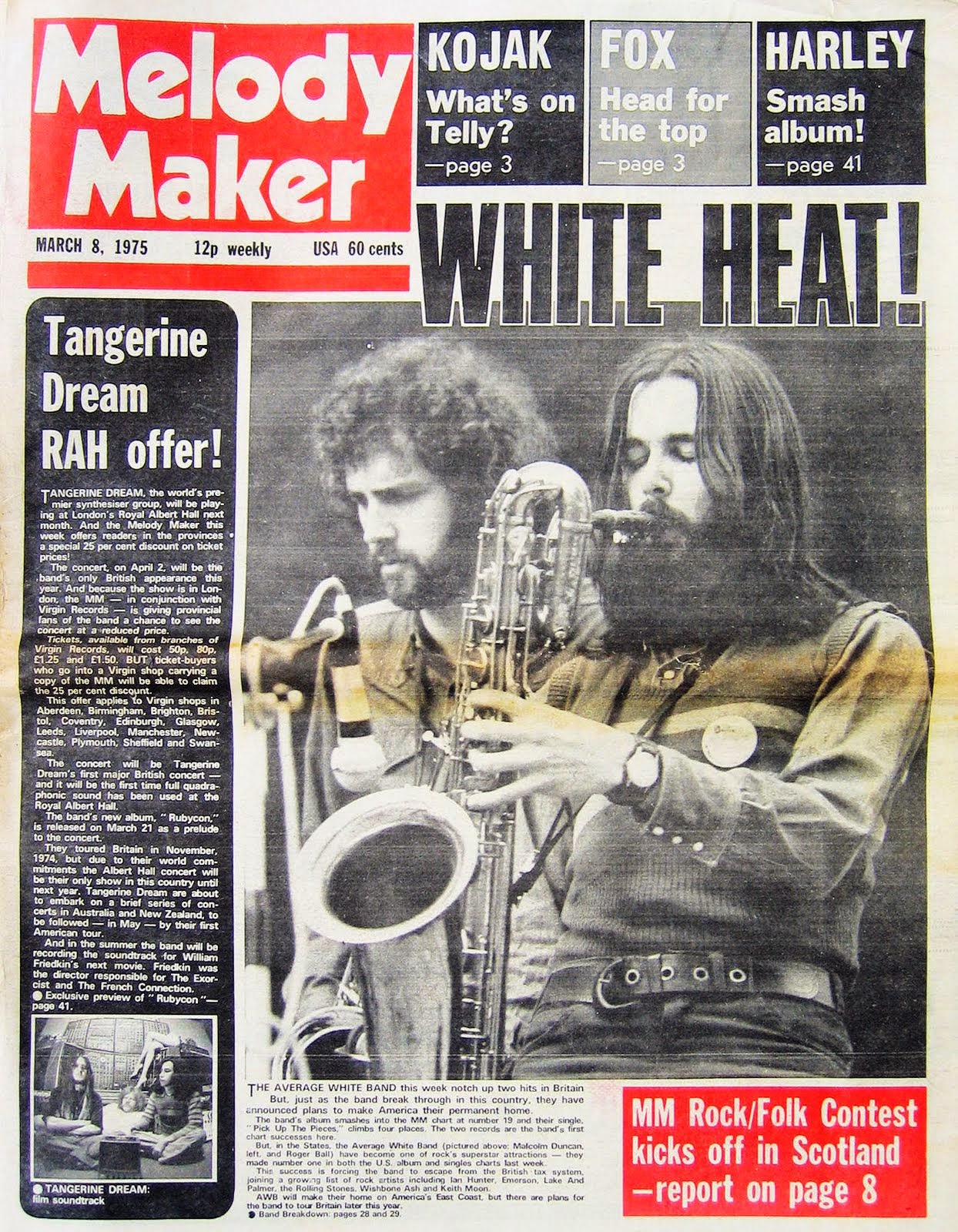 Drummer Robbie Mcintosh would never see that success. On September 23, the band attended a party in honor of Gregg Allman at the home of millionaire Kenneth Moss. McIntosh snorted what he thought was cocaine. It was heroin laced with morphine. Nice party.

Realizing what they'd inhaled the rest of the band were able to eject the contents from their bodies. On advice from her gynecologist , Cher walked Gorrie around to keep him from lapsing into a coma. McIntosh was taken back to a North Hollywood motel to sleep it off. He never woke up. Moss pleaded guilty to involuntary manslaughter and served just three months.

Robbie strapped us to the groove. He understood it better than any of us. He had an arranger's mind. He was the catalyst. It wouldn't have happened without him
-Hamish Stuart

With new drummer, and first black member , Steve Ferrone, the Average White Band had to pick up the pieces. The follow up Cut the Cake would also be a big hit. The band still tours together.