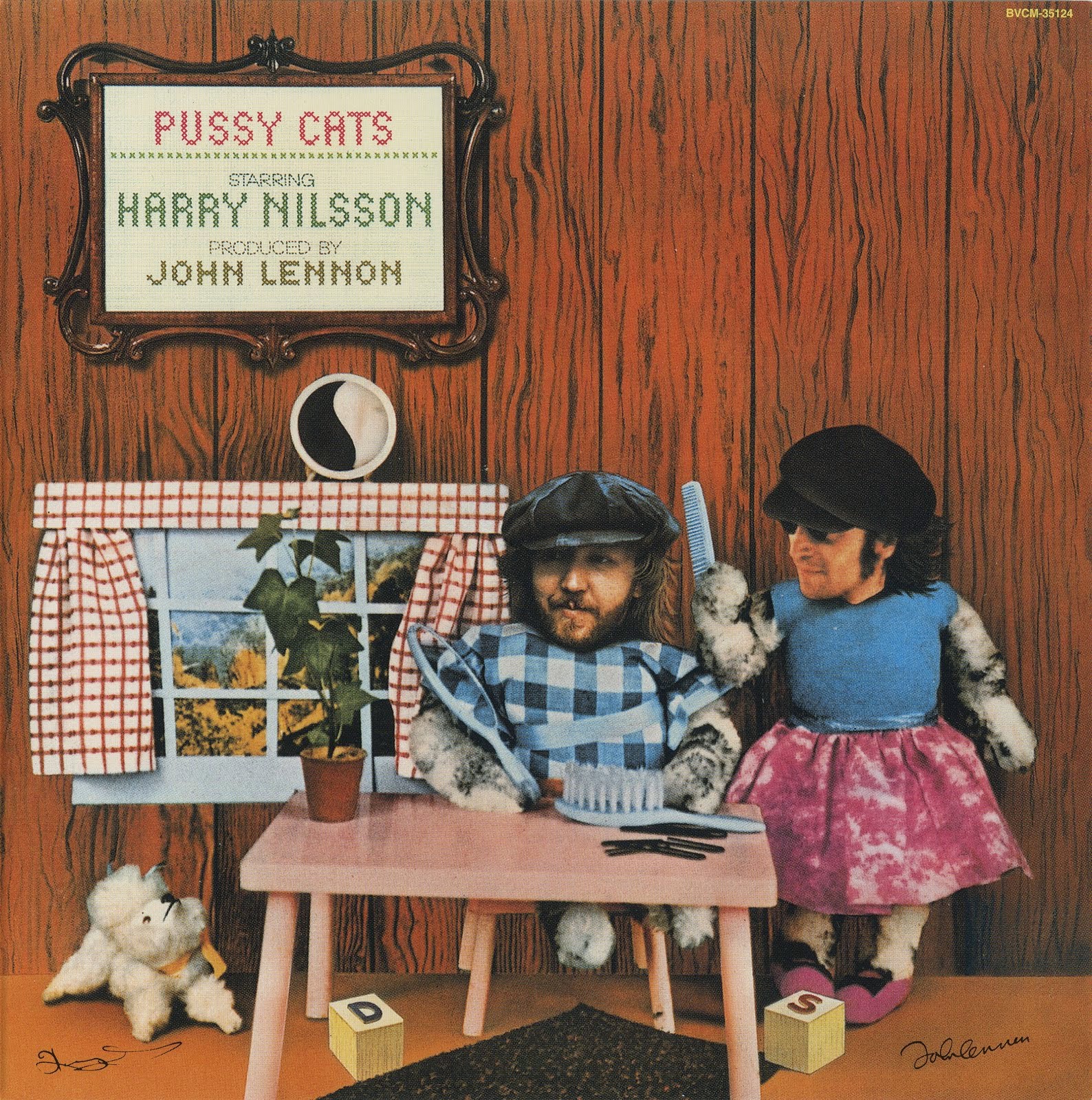 Ragged. I believe that is the word that best describes the John Lennon/ Harry Nilsson collaboration, Pussy Cats, released in August of 1974

. "Ragged" describes Lennon's Spector-style  production, the arrangements, the drumming, and - most unfortunately- Nilsson's voice as he attempts to hit notes that were within reach a year earlier.

The recording occurred during Lennon's "Lost Weekend", beginning shortly after the infamous Troubadour experience. Lennon was a different cat when he was recording. Focused for the most part. He and May Pang agreed to invite some of the Pussy Cats musicians to stay at the Santa Monica beach house they were renting. That way they could rehearse at all hours, discuss the songs and arrive together at the studio. The only problem was the cast of characters. While Lennon and May Pang took the master bedroom ( where the Kennedys had supposedly bedded Marilyn Monroe), the other rooms went to Harry, Ringo, Klaus Voorman, Ringo's business manager Hilary Gerrard, and Keith Moon. The established routine was to record in the evening hours, stay up all night drinking and partying, wake up with hang-overs, try to recover poolside, and ride in limos back to the recording studio.

Lennon and Nilsson agreed on a couple of covers. Jimmy Cliff's "Many Rivers to Cross", "Save the Last Dance for Me" and Bob Dylan's "Subterranean Homesick Blues". Nilsson wrote a few of his own including "Don't Forget Me" which seems to inspired by his failed marriage. 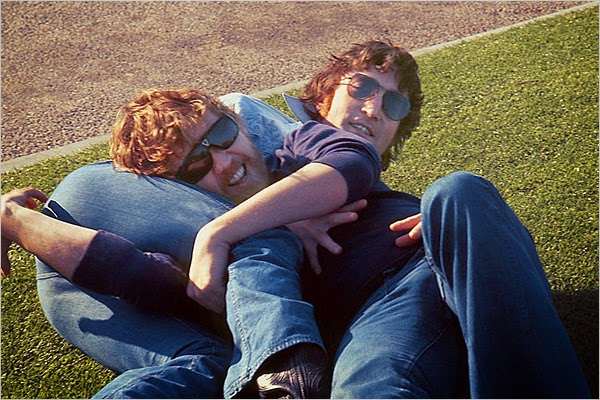 "Don't Forget Me" would be one of the last times anyone would hear Harry's voice, the way it used to be. During the sessions, Nilsson lost his voice. A doctor told him  he had ruptured his vocal chord and not to speak for two weeks but Harry kept singing. And not just singing. But screaming the way Lennon did on John Lennon/Plastic Ono Band. To hear "Many Rivers to Cross" is to hear one of the great voices of the 70's shredded to bloody bits. Apparently Harry never told Lennon about the diagnosis. Lennon blamed himself. That they were friends and musical partners didn't change the fact that Nilsson was one of the great Beatles fans of all time. He must have been daunted.

Nilsson came up with the album cover idea when he found some anthropomorphic kitten postcards. Somehow they slipped the D block, RUG, S block past the RCA censors. Hitting shops weeks after Mama Cass had died in Nilsson's London flat, Pussy Cats failed to launch any successful singles and stalled at #60 in the US album charts. For Nilsson, this would be the beginning of the end.