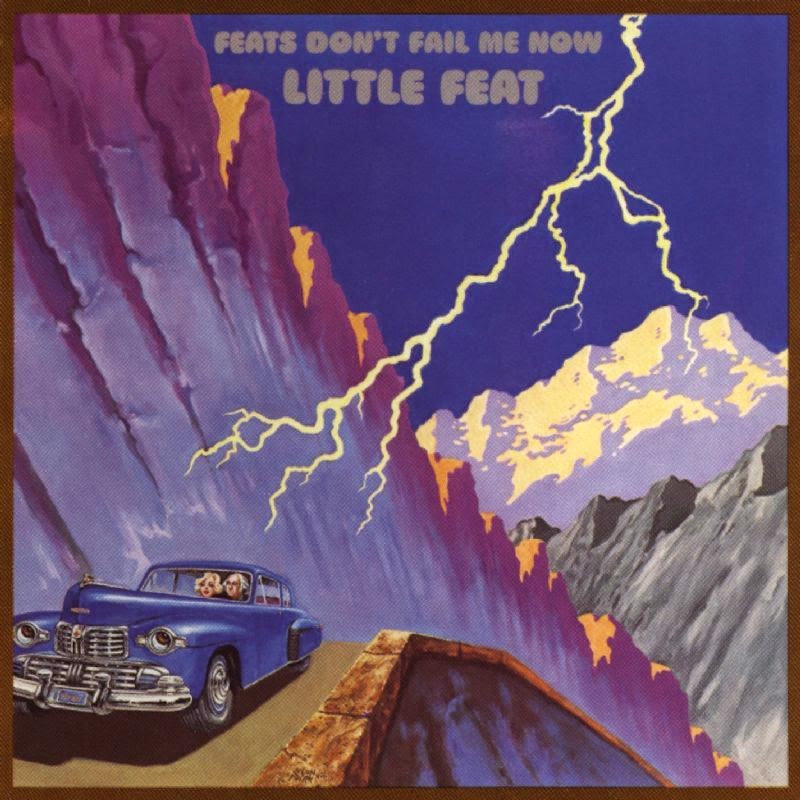 The title was almost literal. If with this record we didn't 'break through the bullshit barrier', in Lowell's terms, then that would be the end of the band. Lowell was not very pleased with record companies and their practices at this point.
-Paul Barrere, quoted in Rock and Roll Doctor

Little Feat has already broken up a few times before meeting at an inexpensive studio outside Washington D.C. where they could take their time and produce an album that would finally sell in the kind of numbers expected by their label Warner Brothers.

Feats Don't Fail Me Now was party record - have a beer or two and dance...that's the frame of mind we were in for that record
Lowell George, quoted in Willin': The Story of Little Feat

As a band they pushed each other. Lowell George, the lead songwriter, singer, guitarist and producer, bet keyboardist Bill Payne he didn't have the chops to write a hit song.

As Payne would later explains " My idea of a hit record then was  basically something with a chorus coming in at 45 seconds . The result was "Oh Atlanta". It was not a hit record, but it is one of those songs that has stood the test of time. 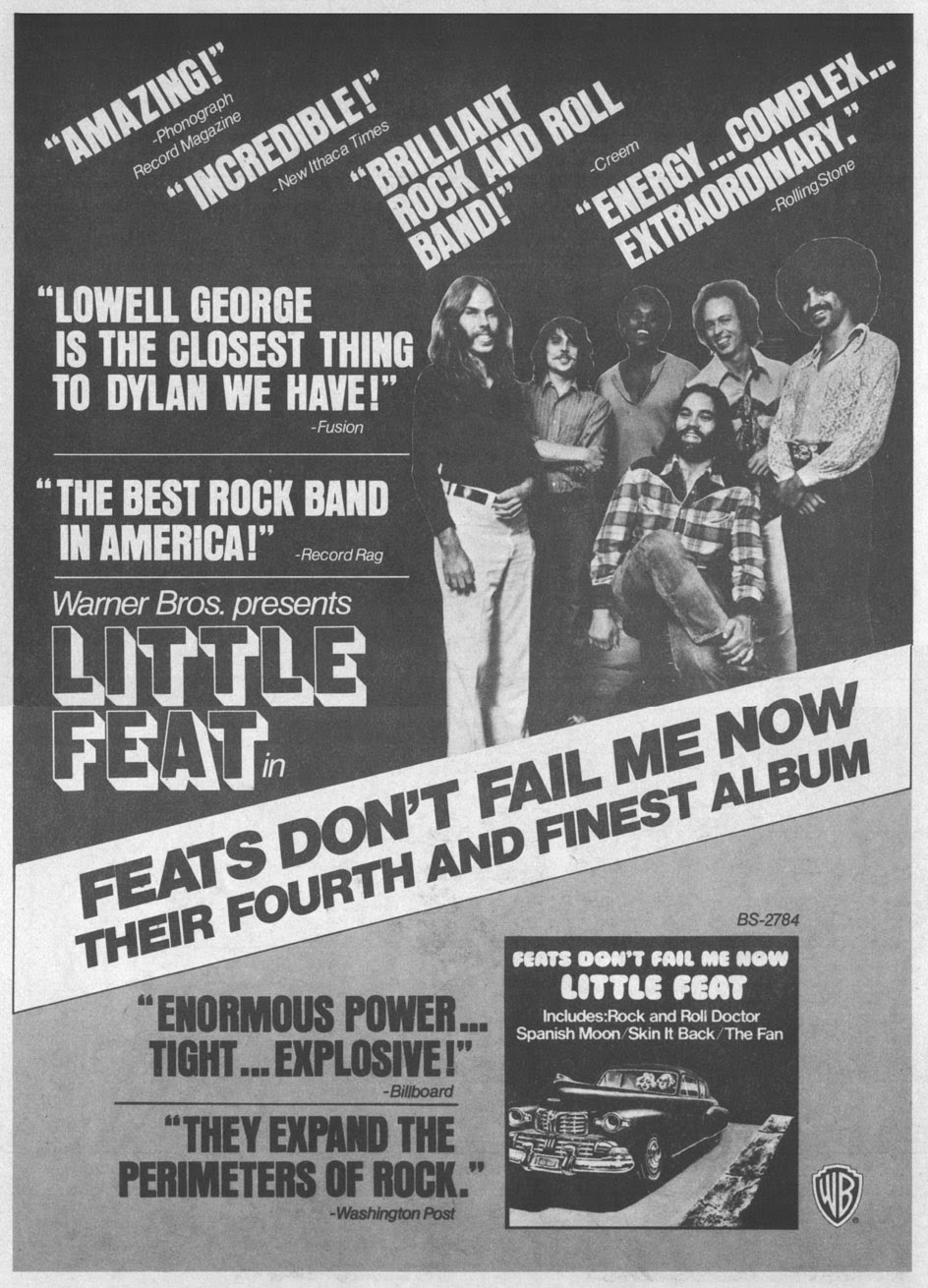 The fact that Lowell George didn't take all the writing credits led Rolling Stone reviewer Ben Gersen to suggest George had lost control of the band:

George hopes he has finally achieved a measure of stability: He is not quite as dominant as he once was -- he has consciously down-played his own authority -- but this may not be the root of the problem. It is almost as if once he decided to cede responsibility to the others, he also decided to make his writing less reflective of his own slant than of the new, corporate Little Feat, a group that he no longer commands.

Feats Don't Fail Me now really is a great backyard barbeque party album. Lowell George had played with The Meters and was helping Robert Palmer knock out his solo debut Sneakin' Sally. He found an even funkier side to the band. Even with the band revisiting two Sailin' Shoes songs in "Cold Cold Cold/ Tripe Face Boogie" ( in an experimental ten minute trip of a tune) , it's a worthwhile album and it proved to be the hit Warner Brothers demanded. Initial sales of 150,000 exceeded the first three albums combined. Not really because it's any better than Sailin' Shoes or Dixie Chicken. Little Feat toured up and down the East Coast all of 1974 and built up a huge, record-buying following.