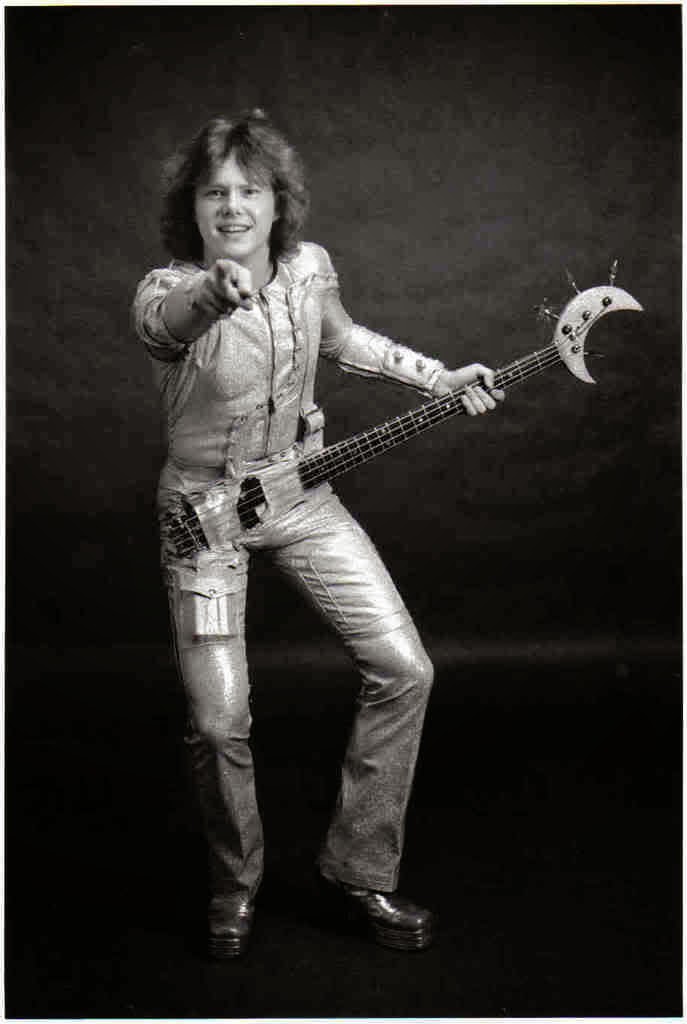 Edgar Winter bassist and songwriter Dan Hartman designed this $5000 silver "Bass Suit" in 1974. The controls are on the sleeve attached to an aluminum plate. The guitar neck ends in a Crescent Moon and the suit itself has moons on it. Hartman not only wrote the Top 20 hit , "Free Ride", for the Edgar Winter Group. Ten year later he released the Top 10 solo hit " I Can Dream About You". His other big hit was the disco infused "Instant Replay" in 1978.