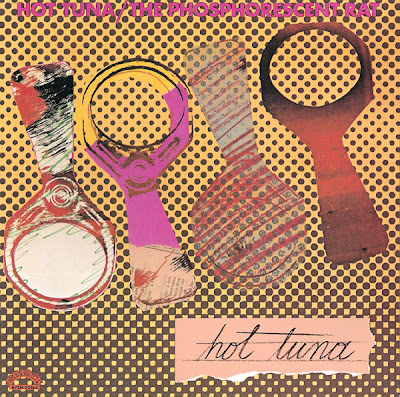 Bummed out by Jefferson Airplane's break-up, neither RCA nor the fans of spin-off group Hot Tuna could get very excited by the latest album from guitarist Jorma Kaukonen and bassist Jack Casady.  Phosphorescent Rat, released on January 4, 1974, never broke beyond #148 on the Billboard Album chart. It can be listened to as a transitional album from the acoustic blues of earlier efforts to the power trio that would emerge. I hear a little Dinosaur Jr on the track "Easy Now".

The following day, Grace Slick released Manhole, one of the most self-indulgent, drug and alcohol-fueled sets ever released in the 1970's and that's saying a lot. The 15 minute title track features Grace caterwauling over the backing of the London Symphony Orchestra.  I dare you to sit through the whole thing. But if you do, your reward is the best song on the album: "Come Again Toucan". All of the future members of Jefferson Starship perform on this album except Papa John Creach.