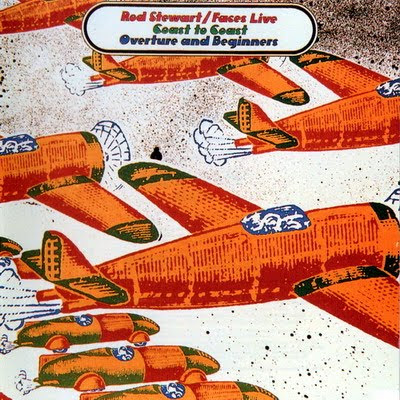 On January 10, 1974 Faces released their last long player, a live double album called Coast to Coast/Overtures and Beginnings. Recorded in October of 1973 at the Anaheim Convention Center with Tetsu Yamauchi  on bass for the recently departed Ronnie Lane, it's a sloppy performance highlighted by their only US hit "Stay With Me" and a cover of John Lennon's "Jealous Guy", which borrows its bluesy approach from Donny Hathaway's own live version. The album is currently out of print.

In November of 1974 Faces would be good for one more single, the tidily-named
"You Can Make Me Dance, Sing or Anything (Even Take the Dog for a Walk, Mend a Fuse, Fold Away the Ironing Board, or Any Other Domestic Shortcomings)" which peaked at #12 in the UK.