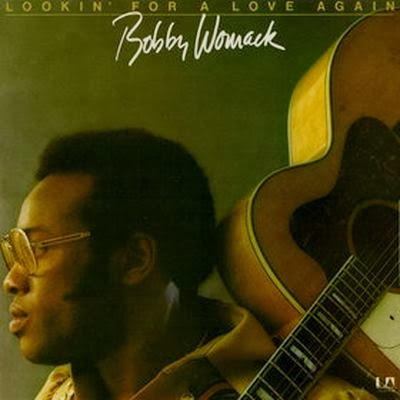 For his funky smash hit of 1974, Bobby Womack revamped a Top 10 R and B oldie he originally recorded with The Valentinos ten years earlier. He even recruited the Valentinos ( made up of Womack brothers) to back him up. Nothing's changed but the groove.

Even the Women's Lib movement couldn't convince the now 27-year old Womack to switch any lyrics around so he sings of his search for a woman "to fix my breakfast/And bring it to my bed /Someone to do a little housework And pamper me again"  No worries. The song hit #1 on the Soul charts and was Womack's only Top 10 hit on the Billboard Hot 100. Unfortunately, one of Bobby's brothers was stabbed by a girlfriend and died the week before "Lookin' For a Love" topped the Soul charts