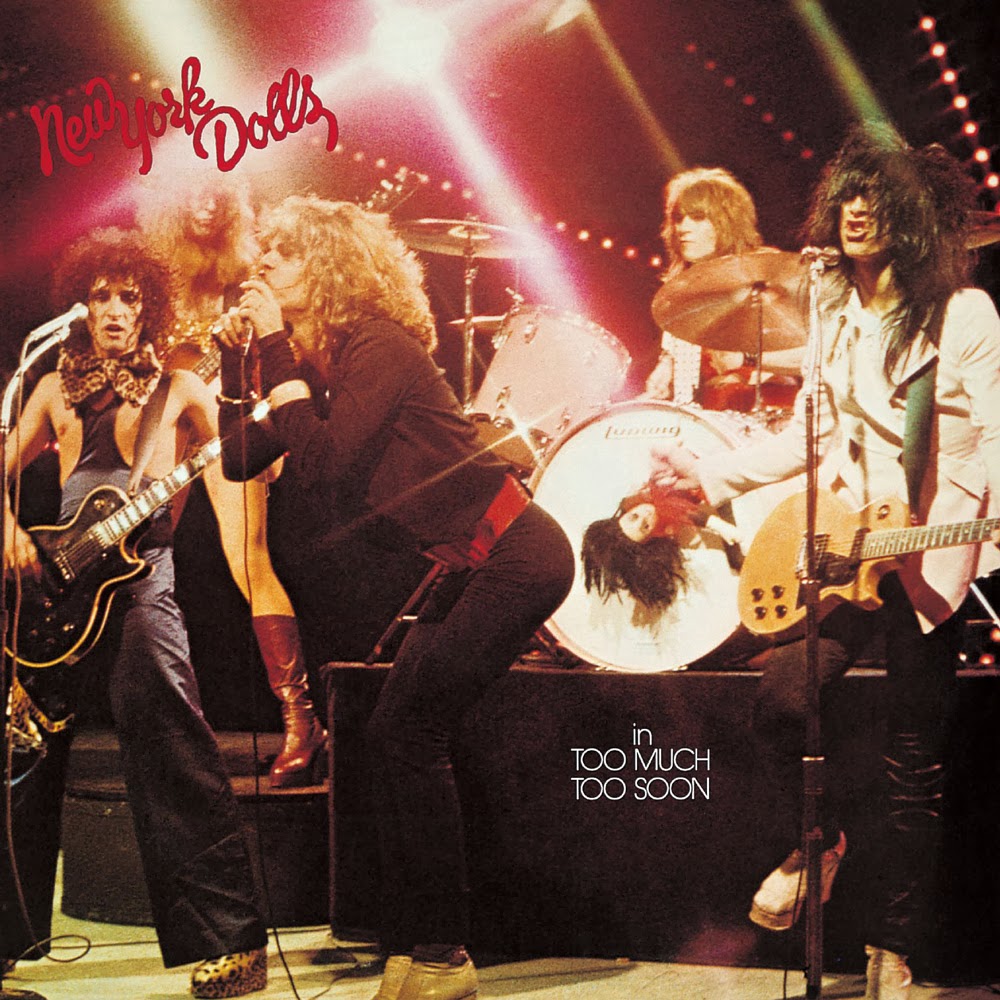 On January 28, 1974 the hard-touring New York Dolls entered A and R Media Sound Studios on New York City's 57th Street to record their follow-up to the self-titled Todd Rundgren produced debut album. Shadow Morton, best known for his work with The Shangri-La's, was hired to produce the album. The New York Dolls has been performing Morton's "Give Him a Great Big Kiss" on the recently completed six month tour of the US and Europe.

Morton's influential sound comes through the most on the first single, a cover of The Cadets' "Stranded in the Jungle". You hear sound effects like bird calls and the backing vocals from a girl group.The Dolls recorded four covers on this ten song album.

Other memorable tunes include "Babylon", "Chatterbox" and "Puss N' Boots" the latter two had also been played on the tour.

When Too Much Too Soon was released in the Summer, it would win critical praise that didn't translate into record sales. Mercury dropped the Dolls in April of 1975.