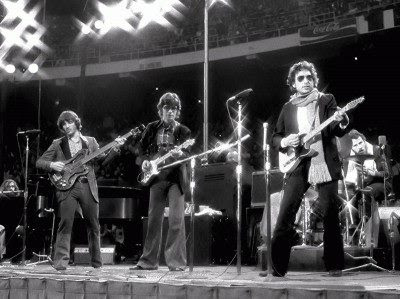 On January 3 1974, at Chicago Stadium, Bob Dylan and The Band kicked off a 40 show, six week tour of the US. This would be Dylan's first time on the road since 1966. Though ticket prices were considered high at the time ( $8), all 658,000 were sold, generating a gross of about five million dollars.

Although they had rehearsed for weeks, Dylan decided to begin the first show with "Hero Blues", a tune they'd never played together.

Throughout the show, the Band played furiously while Dylan barked out the lyrics. They sounded nothing like the band that had just recorded Planet Waves. 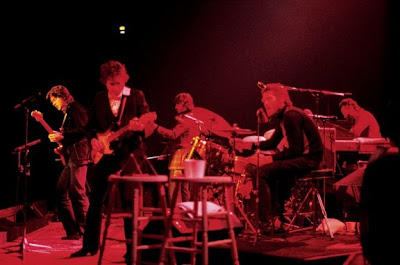 Robbie Robertson is quoted in Down the Highway:The Life of Bob Dylan

"Whenever we would so something in the studio it was like one group of musicians. When we played live the music got very dynamic and violent and explosive...When we got together to do the Tour '74 thing, the same thing happened again. We just automatically reverted to a certain attitude towards the songs...it's fast and aggressive and hard and tough."

After years of domestic isolation, Dylan reasserted himself as a star. Crowds cheered and raised their lighters as one. It was the first time anyone had seen this at a concert and photographer Barry Feinstein captured the moment for the forthcoming live album Before the Flood.