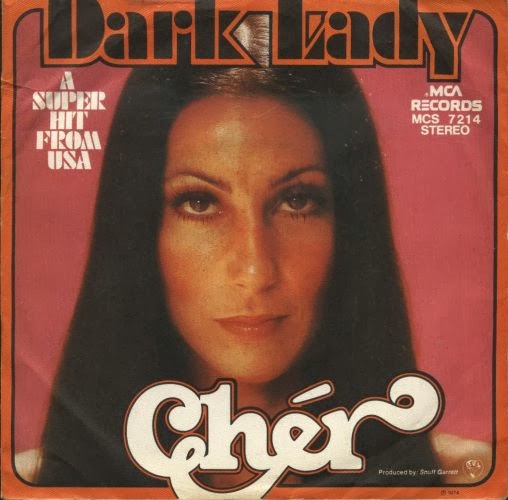 On Febuary 13, 1974, The Sonny and Cher Comedy Hour showed an animated version of Cher's "Dark Lady".

Was it too many short jokes? Now romantically involved with millionaire rock exec David Geffen, Cher decided to call it quits on  The Sonny and Cher Comedy Hour. In his book The Operator, Tom King relates a tense rehearsal in January of 1974:

A skit in one of their final shows had Cher playing Mother Nature standing atop a mountain. Sonny played a seeker of truth, struggling to climb to the peak. "Mother Nature, what is the secret of life?" Sonny asked.

"Go fuck yourself," Cher snarled, not missing a beat.

Nobody laughed. "Can we try it again?" the director asked.

"Not without lawyers," Bono muttered. 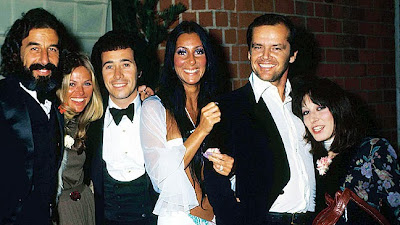 Things would only get uglier. In her divorce papers, Cher charged Sonny with "involuntary servitude" and "unlawfully" dominating and controlling her business interests and career. Bono countersued Cher for $14 million for damages in future revenue. Bono then sued Geffen for $13 million in papers that charged him with interfering in a contractual relationship Cher Enterprises, the company he owned, and  his wife. Bono also sought a temporary restraining order against Geffen. These were heady times for Geffen, as we'll see when we scratch the 40 year itch of January 17, 1974.