And There's Hazel and Mavis 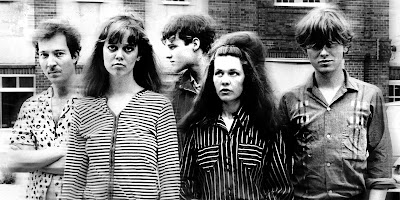 On February 14, 1977 The B-52s played their first gig at a friend's party in Athens, Georgia. The campy band,was made up of Ricky Wilson, his younger sister Cindy, Kate Pierson, drummer Keith Strickland and an eccentric University of Georgia student named Fred Schneider. They did "Rock Lobster" and "Dance This Mess Around". Both songs appear on their 1979 debut album, which sold half a million copies. As you might imagine, it was a pretty good party.