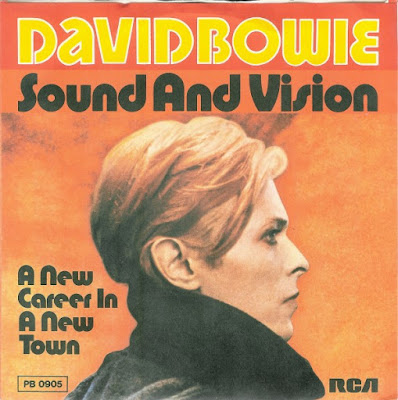 Pretty amazing week in 1977: the release of Fleetwood Mac's Rumours, Television's Marquee Moon and David Bowie's "Sound and Vision", all in the span of seven days. Recorded at Château d'Hérouville in September of 1976, the song had a happy vibe, punctuated by producer Tony Visconti's wife, Mary Hopkin's doo-doo-doo-doo-doo vocals. But when it came time to write the lyrics, Bowie's mind went back to his lost, drug fueled time in California.

"Sound and Vision was the "ultimate retreat song", as Bowie would put it. "It was just the idea of getting out of America, that depressing era I was going through. I was going through dreadful times. It was wanting to be put in a little cold room with omnipotent blue on the walls and blinds on the windows."

The intro of "Sound and Vision" is nearly longer than the rest of the song, creating anticipation every time you hear it.  Finally, nearly 90 seconds in, Bowie croons from his lowest register :

Blue, blue, electric blue
That's the color of my room
Where I will live Blue, blue
Pale blinds drawn all day
Nothing to do, nothing to say
Blue, blue
I will sit right down, waiting for the gift of sound and vision 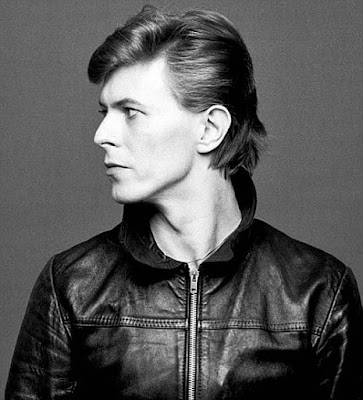 A Top 3 hit in the UK, "Sound and Vision"  was also a top ten hit in Germany, Austria and the Netherlands. However, it stalled at No. 87 in Canada and only managed No. 69 in the United States.