"Messages" launches Orchestral Manoeuvres in the Dark into the light 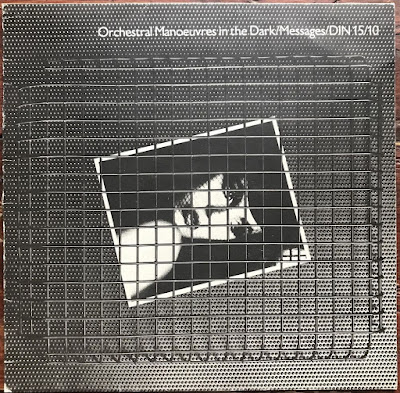 In May of 1980 Orchestral Manoeuvres in the Dark released a newly recorded version of "Messages", a song that appeared on their debut album in February. This version was produced by Mike Howlett who in 1977 had formed the short-lived band Strontium-90, featuring himself and the three future members of The Police. In 1980 he produced many of our favorite singles and albums including Martha And The Muffins' "Echo Beach", the Fischer-Z album Going Deaf For a Living ( featuring the ridiculously catchy "So Long") and "Messages", a UK#13 hit .

OMD performed the song twice on Top Of The Pops. 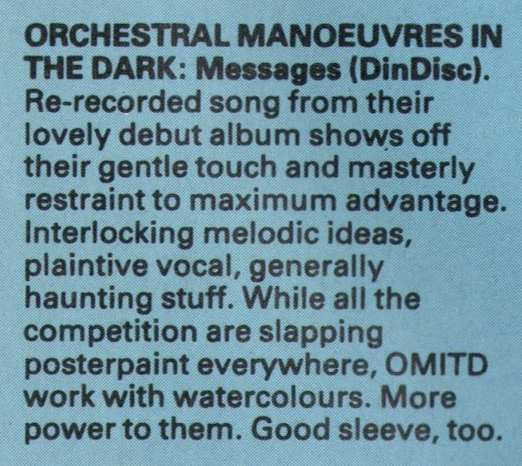