"Over You" gives Roxy Music another UK Top 5 hit 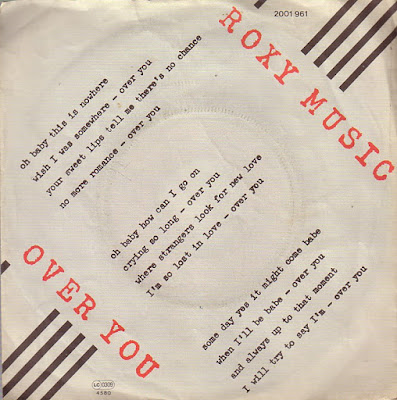 Roxy Music : Over You

On May 19, 1980 Roxy Music's new single "Over You" made its UK chart debut at #18, on its way to peaking at UK#5. The song, from the forthcoming Flesh and Blood, emerged from a two man jam, according to guitarist Phil Manzanera:

In 1979, I had just built my first recording studio and I rang up Bryan and asked if he’d like to check it out. We decided to have a jam together, Bryan on bass and me on guitar with a rhythm box. Within five minutes we had written this track and it reached number three in the charts.

The song begins a bit like something by The Cars, with a bass and handclaps, but then becomes another of Ferry's songs of lost romance. Ferry admitted to Smash Hits that it was a favorite theme of his:

It's always a great theme, that, but I have written a lot of non-love songs compared with many people, so I don't feel guilty about it, as long as they're not too corny or banal.

Ever since I was a kid I listened to a lot of blues. If that's my role in life, to be a singer of sad songs, I don't really mind, because most of the things I write are emotional pieces of music that require emotional themes. 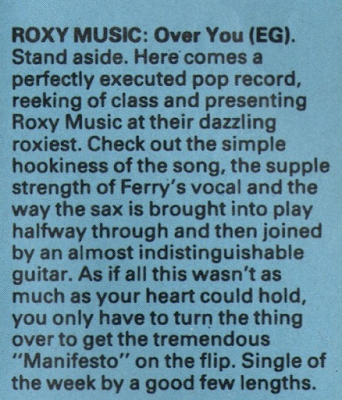