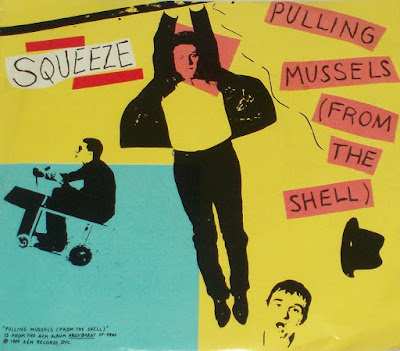 Squeeze : Pulling Mussels (From The Shell)

On May 9, 1980 Squeeze released its classic Argybargy single "Pulling Mussels (From The Shell)" b/w "What The Butler Saw", a UK#44 that recalls lyricist Chris Difford's youth at a seaside resort in Margate.

"We stayed in the caravan at a holiday camp. There was a club there where bands played and the song reflects that atmosphere of the traditional working class 'get away from it all' weekend. It was the first time I had really looked up into the sky to see what it was like. It was a beautiful dark sky and it felt amazing to be away from London."

The phrase "pulling mussels" is British slang for sexual intercourse, mainly used in England, bringing more attention to the line "I feel like William Tell /Maid Marian on her tiptoed feet. Even so, both Glenn Tilbrook and Jools Holland could have pulled muscles with those dynamite solos.

Here's what Smash Hits had to say: 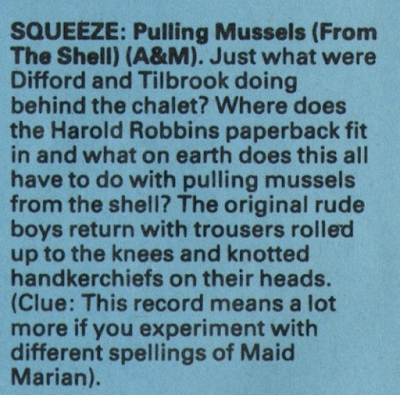 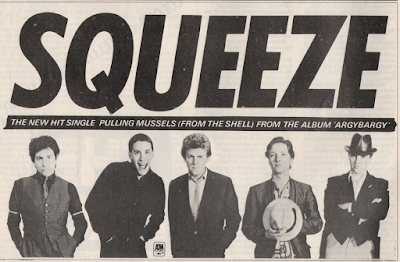