Written in 15 minutes, this Korgis hit charted in 37 countries 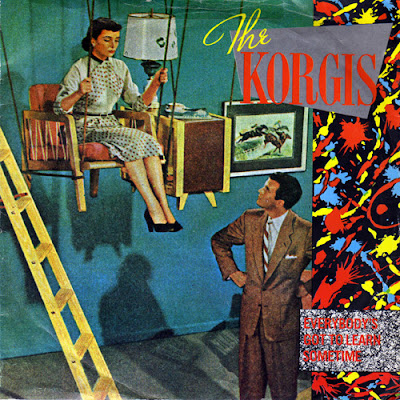 The Korgis: Everybody's Got to Learn Sometime

On May 25, 1980 The Korgis' runaway hit  "Everybody's Got To Learn Sometime" debuted on the UK pop charts at #61. The single would chart in 37 countries peaking at UK#5 and #18 in the US.
Veterans of the 1970's eclectic art rock band Stackridge, songwriters Andy Davis and James Warren had teamed up again to try to write radio friendly pop songs. Their first hit was a year earlier with "If I Had You".

In an interview with Songwriting Magazine, Warren says the song was written in fifteen minutes:

It was a Sunday morning and I had a piano in the flat that I lived in at the time. Every day I would try and come up with an idea for a song. I couldn’t really play the piano, I can find a note and there were certain chord shapes that I grew to like – I knew what they were from my guitar playing. So with that song, I started with a C#m7 shape and immediately started singing ‘Change your heart…’ and thought that sounded good. 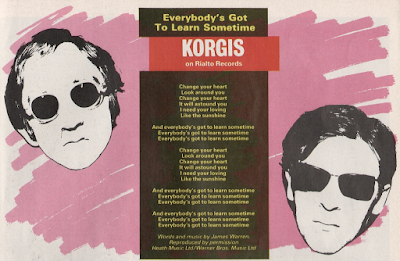 The song was covered by all kinds of artists including Beck who covered a morose version for the film Eternal Sunshine of the Spotless Mind.

Labels: 1980, Dumb Waiters, Everybody's Got to Learn Sometime, The Korgis