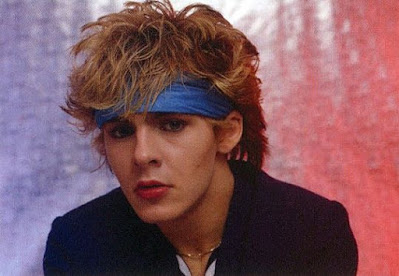 Duran Duran : Careless Memories
In April of 1981, a couple of weeks before the release of the UK#37 single "Careless Memories", Duran Duran's youngest member, keyboardist Nick Rhodes, provided Smash Hits with a list of his all time Top 10 songs. Many had actually come out within the past year or two. His interest in Talking Heads, Yellow Magic Orchestra and Eno revealed his interest in record producing which would pay off for the Kajagoogoo single he produced in 1983, the UK#1 "Too Shy".