Thunder from Down Under : Antipodean April 1981 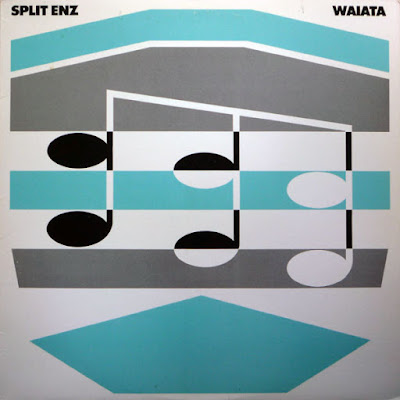 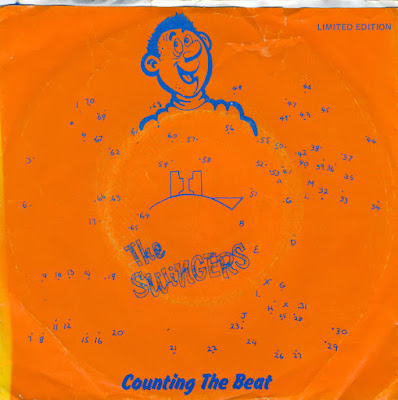 The Swingers : Counting The Beat
On again off again Split Enz songwriter/founder Phil Judd formed The Swingers and recorded one of 1981's most infectious singles, "Counting The Beat", a  #1 single in Australia. I didn't hear it until Gillian Armstrong's "Starstruck" played at the Prytania Theatre in New Orleans years later. The band had too many good songs to be considered one hit wonders. 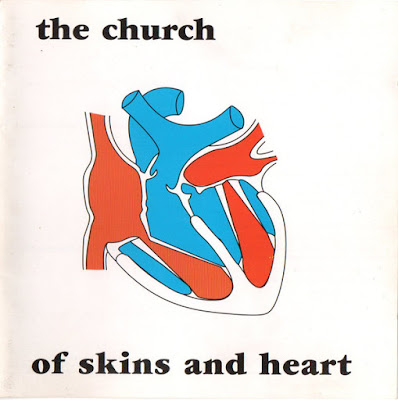 The Church : For A Moment We're Strangers
On their debut Of Skins And Heart, The Church define the jangle rock sound that would dominate college radio in the early to mid 1980's. Steven Kilbey has an encyclopedic knowledge of rock music and, with bandmates Marty Wilson-Piper, Peter Koppes and Richard Ploog, finds the sweet spot using obtuse melancholic lyrics and jangly rock. Includes two singles already featured here : "She Never Said" and "The Unguarded Moment". 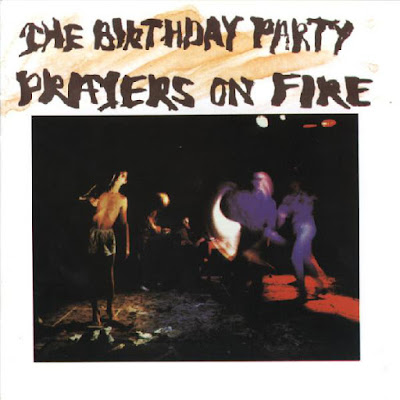 The Birthday Party : Nick The Stripper
How can such dark music emerge from sunny Australia? Well, first of all, sez Nick Cave "Melbourne is the gloomiest city in Australia in winter. It gives sunny Australia a bad reputation. But I prefer it. People there have a slightly more creative sensibility than the rest of Australia." Also, The Birthday Party had returned from London, dejected , depressed and drunk. Rather than sound like the English new wave bands, the UK#4 Indie Prayers On Fire is a reaction to the many sunny, good humored tunes hitting the radio at the time. It's a dark deconstruction of rock'n'roll highlighted by "Nick The Stripper" and "King Ink". 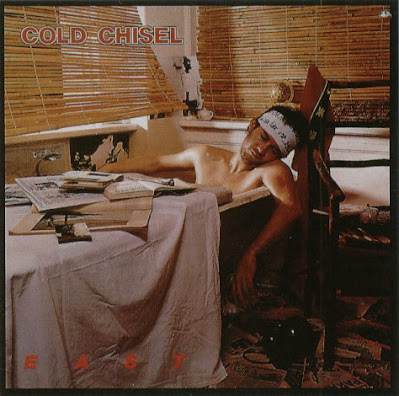 Cold Chisel :  Choir Girl
In April of 1981, Cold Chisel's East landed in the hands of American FM rock programmers. They mostly went for "My Baby" because the single was sent wrapped in a diaper. In March 1981 Australia's most popular rock band the band won seven categories: Best Australian Album, Most Outstanding Achievement, Best Recorded Song Writer, Best Australian Producer, Best Australian Record Cover Design, Most Popular Group and Most Popular Record, at the Countdown/TV Week pop music awards for 1980 . Today it sounds pretty generic but the band's behavior was anything but. Singer Jimmy Barnes claimed to have had sex with over 1000 women and who consumed more than a bottle of vodka each night while performing
Cashbox Review 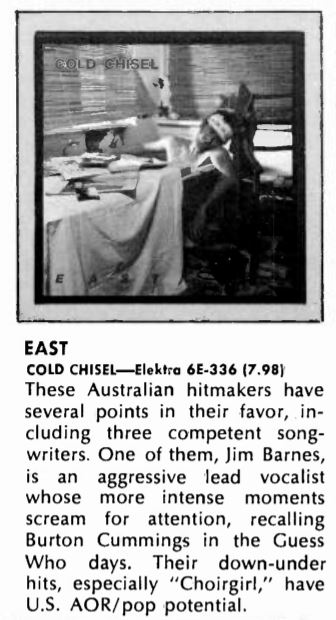