The Specials release the Song of the Year 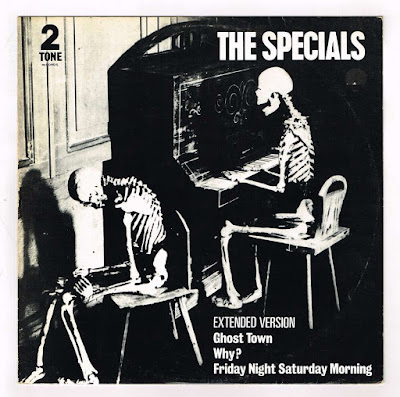 The Specials : Ghost Town
In June of 1981 The Specials released the Ghost Town EP. The title track would spend three weeks at #1 in the UK and would top the critics end of year polls at the NME, Sounds and Melody Maker. The Village Voice Pazz and Jop Critics poll listed Ghost Town as the best EP of the year as well.
The song was inspired by a UK tour The Specials did to promote their second album.
In 2002 Dammers told The Guardian, "You travelled from town to town and what was happening was terrible. In Liverpool, all the shops were shuttered up, everything was closing down ... We could actually see it by touring around. You could see that frustration and anger in the audience. In Glasgow, there were these little old ladies on the streets selling all their household goods, their cups and saucers. It was unbelievable. It was clear that something was very, very wrong."
The song is also a reflection on the band, which had been written off by critics and would soon break up. There's surely enough misery here for everyone. 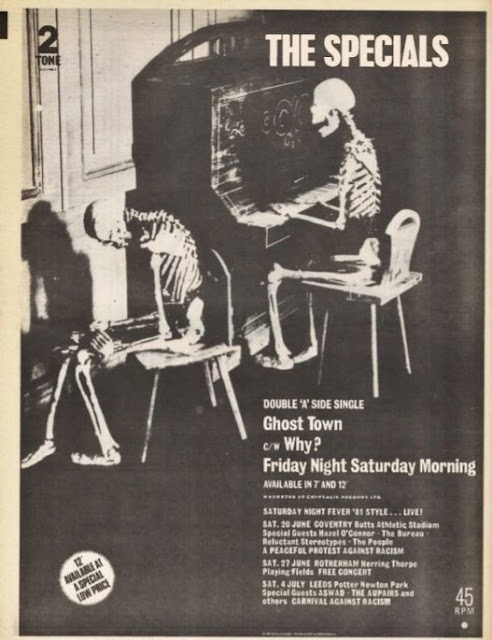 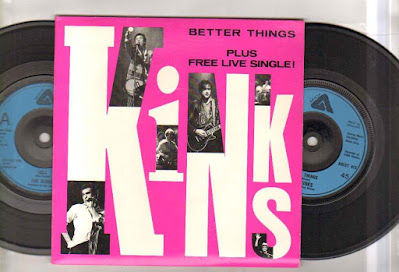 The Kinks : Better Things
If you're looking to the Kinks to get cheered up, you're out of luck. Despite the title, the UK#46/US#90 "Better Things" is a a breakup song Ray Davies wrote about his failing marriage. This Give The People What They Want track was covered by Pearl Jam and Dar Williams.
Future Yo La Tengo/ present day rock critic Ira Kaplan named "Better Things" one of his fave songs of the year.
IRA KAPLAN (alphabetical):
Cramps: "Goo Goo Muck"/"She Said" (I.R.S.);
Cyclones: "You're So Cool"/"RSVP" (Little Ricky);
Fleetwood Mac: "Farmer's Daughter" (Warner Bros.);
Funky Four Plus One: "That's the Joint" (Sugarhill);
Vic Godard and Subway Sect: "Stop That Girl" (Oddball import);
Grace Jones: "Pull Up to the Bumper" (Island);
Kinks: "Better Things" (Arista);
R.E.M.: "Radio Free Europe"/"Sitting Still" (Hib-Tone);
Skeletons: "Trans Am"/"Tell Her I'm Gone" (Borrowed);
Voggue: "Dance the Night Away" (Atlantic). 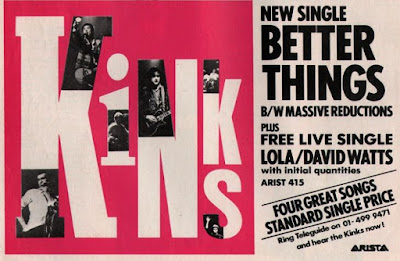 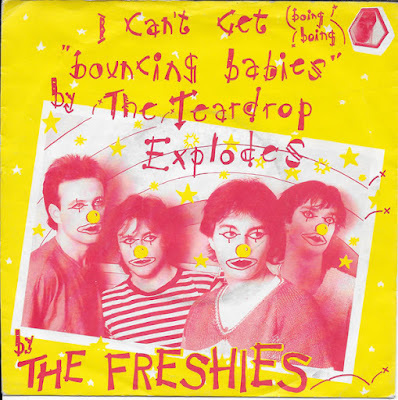 The Freshies: I Can't Get Bouncing Babies By The Teardrop Explodes
Chris Sievey returns with another long-titled single that sounds like something the girl on the Manchester Virgin Megastore check-out desk might tell a customer. 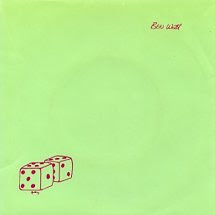 Ben Watt : Can't
Finally future Everything But The Girl Ben Watt releases his first single on Cherry Red Records. It's called, in keeping with this post's theme, "Can't". The song and the two B sides are produced by Kevin Coyne.
at 12:00 AM