What's a Doll To Do? David Johansen and Syl Sylvain releases 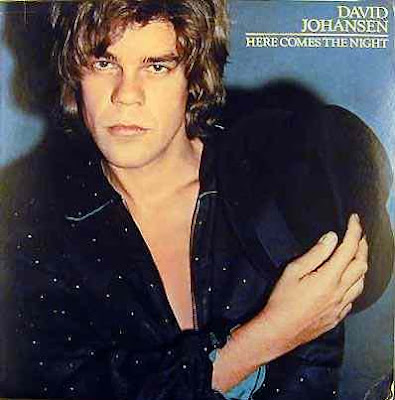 David Johansen : She Loves Strangers
When the New York Dolls lost their recording contract the band split up with Johnny Thunder and Jerry Nolan forming The Heartbreaks and Syl Sylvain teaming up with David Johansen for Johansen's solo career. Sylvain helped with the songwriting on a couple of songs here but this is mostly the work of Ex Beach Boy/sideman extraordinaire Blondie Chaplin. Out of the gate, "She Loves Strangers" is the song that connects from Here Comes The Night, released in June of 1981. "Homer" Robert Christgau graded the album a very generous A-, writing "If In Style sounded desperate, this one sounds past caring, and carelessness was always the Dolls' secret. Inspirational Cliché: "You think I'm a whore/But I got a heart of gold." 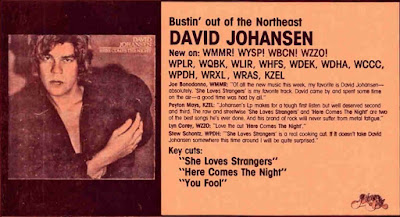 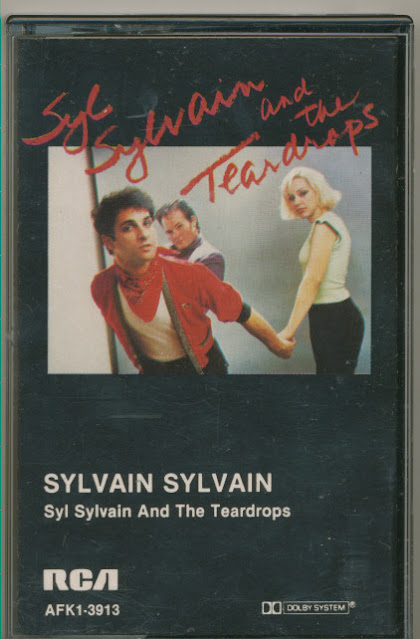 Sylvain Sylvain : Formidable
Syl Sylvain and the Teardrops is the second solo album from the Dolls guitarist, who passed away in January of 2021. It's a charming pop effort, pretty much lost to history. Hey, I guess that's I do this blog when Trump can't. In any case "Formidable" got some radio airplay in the Summer of '81.
at 12:00 AM