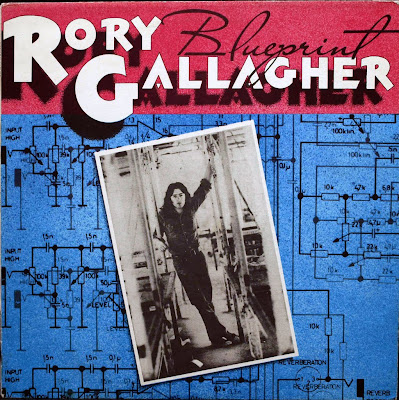 Irish guitar god Rory Gallagher could outplay and out sing just about anybody in the blues-rock scene including Eric Clapton. His songs might first strike listeners as standard hard rocking blues. But then came time for the solo and, with a beat up old stratocaster,  that's when The Irish Rocket would take off.

The only complaint critics had is that his albums rarely sounded different from each other. Blueprint, released February 20, 1973, probably bolsters that case. But Rory didn't go for studio sweetening, overdubs,  and multi-tracking. He was a purist...and rightly celebrated for it. Maybe Blueprint is not the place to start ( as Live in Europe and Tattoo are more likely to seduce the uninitiated), but it's better than 98% of the blues rock recorded at the time.