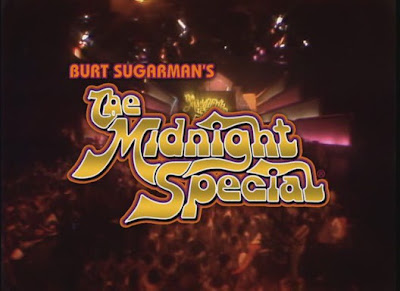 Beginning February 2, 1973, rock fans who stayed up after Friday's The Tonight Show Starring Johnny Carson were rewarded with music and comedy. After a special hosted by John Denver in August of 1972, NBC made The Midnight Special a regular thing. Each show had its own host.

On February 2, the host was Helen Reddy, still riding high on her #1 hit "I Am Woman". Among the other performers that night were The (Clarence White era) Byrds, Curtis Mayfield, Don McLean, George Carlin, Rare Earth and Ike and Tina Turner.


The show stuck around until May of 1981. By then musical guests had included such 1001Songs faves as David Bowie, Elton John, Rod Stewart, The Cars, Blondie, Roxy Music, Genesis and hundreds more.