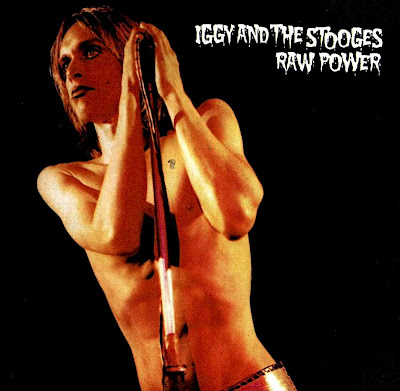 "I felt doomed at the time, very doomed. No one was listening to me.."
-Iggy Pop, World's Most Forgotten Boy

Raw Power, released February 7 1973,  is the sound of  a "street walking cheetah with a heart full of napalm"  falling down the stairs, loading up on heavy ordinance and threatening to destroy everything in its sight. The album offers a blueprint to every band with punk aspirations. Kurt Cobain called Raw Power his favorite album ever. It's on just about every list of great rock album. And so , naturally, it was ignored by the buying public despite rave reviews from, among others,  Rolling Stone's Lenny Kaye:

With Raw Power, the Stooges return with a vengeance, exhibiting all the ferocity that characterized them at their livid best, offering a taste of the TV eye to anyone with nerve enough to put their money where their lower jaw flaps. There are no compromises, no attempts to soothe or play games in the hopes of expanding into a fabled wider audience.


Dropped by Elektra after 1970's Fun House failed to sell big numbers, the Stooges broke up. Iggy was a messy heroin addict.  But then he became another rehabilitation project for David Bowie. Mott The Hoople and Lou Reed benefited from Bowie's sexually ambiguous glam rock make-over but Iggy wanted nothing to do with that. With James Williamson on guitar, Iggy brought back the Asheton brothers and recorded in London. Of the sessions, Williamson tells Blurt Online the Stooges had the studio to themselves: 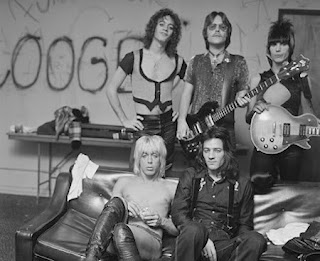 We didn't really have any adult supervision. We were in there doing it on our own. We didn't have a producer; all we had was an engineer from CBS Studios and us. That's what allowed us to lay those tracks down, because I don't think any self-respecting producer would have let us do those because who could relate to that music? It was completely brand new at the time and if had had any sense we wouldn't have laid them down, but we liked them and that's how it happened. There's an authenticity about that music that is rarely captured on record.

Columbia rejected  Iggy's original mix of the album. The band had to wait until David Bowie found a day to mix the album. The result was a thin and famously muted release. And yet, the album influenced an entire generation of punk rockers and secured Iggy's place as the Punk Messiah.

Iggy still reigns to this day. Just watch the reaction of the San Francisco fans sharing the stage with Pop recently.