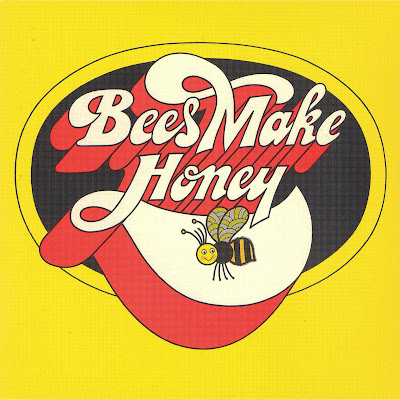 There's nothing wrong with good time rock and roll and Irish rockers Bees Make Honey--like their better known English pub counterparts Brinsley Schwarz-- did their best to keep the ale flowing and the smiles glowing on the faces in the audience. There's nothing to hate and everything to like about their 1973 debut album Music Every Night. Unfortunately the album never got released in the U.S. The band  broke up. Its members moved on, joining Man, Ace and Barclay James Harvest.

Still, the video below reveals the good times Bees Make Honey shared in crowded pubs back in their heyday as they play "Caledonia".


As a special footnote: here's child prodigy Frank "Sugarchile" Robinson playing the Louis Jordan hit "Caldonia ( What Makes Your Big Head So Hard)" in the 1946 film No Leave No Love. Robinson reached #14 in the R and B charts with this tune and then toured with Count Basie.