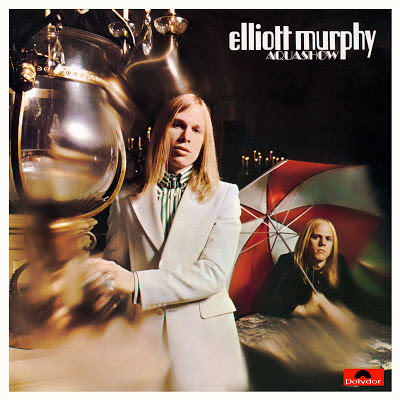 [Purchase Diamonds By the Yard]

I'll say this upfront: Aquashow will make my year end list of the Top 10 albums of 1973. That I knew nothing of this album until 2013 should embarrass the hell out of me. After all, it was met by critics gushing over the "new Dylan". OK. I'm embarrassed. But it's not like I can buy the album on Amazon. All they offer is Diamonds By The Yard, an Elliot Murphy collection featuring four Aquashow tracks. And , with the exception of "Last of the Rock Stars", not what I would consider the best four either.

Aquashow is right up my alley. Great songs. Great lyrics. Great playing. As many have noted before me: Murphy sounds like he's doffing a cap to the great mid 60's Dylan era . You've got Murphy's harmonica soloing right at the top and Frank Owens ( who played on Dylan's "Like a Rolling Stone") on Hammond B 3 swirling along and lyrics that speak to an entire generation of  suburbanites.

This is my kind of music! So how did I miss it? I can only blame Polydor Records. Maybe they were too busy promoting James Brown and the Bee Gees to realize what they had on their hands. Industry shill Billboard Magazine gave Murphy this kiss off one sentence review:

Good set from newcomer highlighted by simple rock tunes such as "Hangin' Out" and skilled vocals. 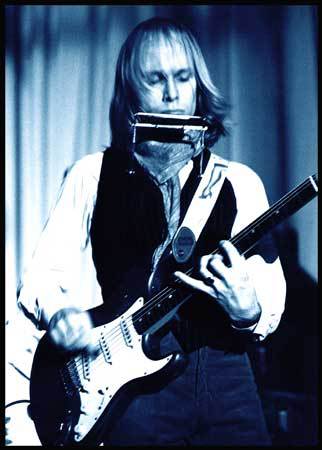 The son of the Elliot Murphy who owned the New York water ballet arena Aqua Show, our hero had the financial stability and talent to go after his artistic dreams.

After checking out the world and even appearing in Fellini's Roma, Murphy and his brother Matthew put together a band, Elliot Murphy's Aquashow, part of the same Mercer Arts Center scene that spawned the New York Dolls and Patti Smith. While the album Aquashow was met with mostly critical fervor ( an A- rating from Dean Christgau), US stardom was not to come. Americans had found their new Dylan in a skinny New Jersey songwriter names Bruce.

Murphy moved to Paris. He still lives there. He's recorded 30 albums since Aquashow including Selling the Gold ( 1996) which has cameos from both Bruce Springsteen and the Violent Femmes Gordon Gano. He's got his own website ElliotMurphy.com where he offers free mp3 downloads including an updated, and slower, version of "Last of the Rock Stars"

But that's decades ahead of where we're standing. The Fall of 1973. When a besotted Rolling Stone critic is first hearing an album that will inspire him to label Murphy with the "new Dylan" tag. On his website. Murphy writes:

I never thought I sounded much like Bob Dylan until the famous Rolling Stone Review came out calling me "the new Bob Dylan" and then the shit hit the fan and everybody in the music business wanted to know who I was. My hero Lou Reed came to see me play one night at Max's Kansas City and said I needed a new record company and introduced me to his manager Dennis Katz who arranged for RCA to buy my contract from Polydor for over one hundred thousand dollars. In nine months my life had changed completely and the hopes and dreams I expressed in Last of the Rock Stars had become reality.