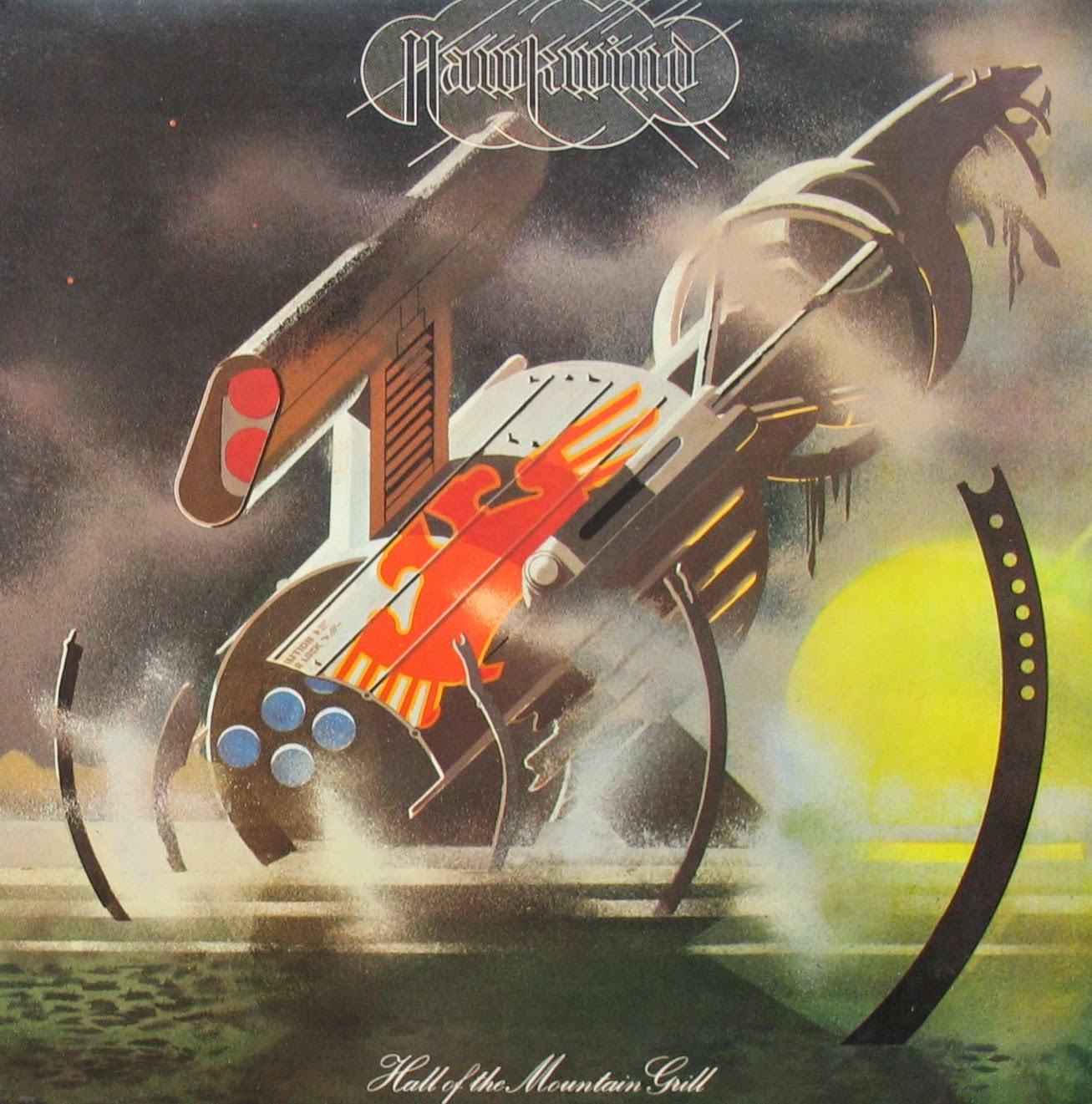 If you're only going to buy one Hawkwind album your entire life, it should be Hall of the Mountain Grill, released in September of 1974. It's true that two earlier albums, Space Ritual and Doremi Fasol Latdio,  have achieved more legendary status but they are monochromatic silver-machine sludge fests compared to this album.

Being a psychedelic space ranger is tough work. Band members would come and go. But in 1974, Hawkwind had something you couldn't find on earlier records: time to get things right. 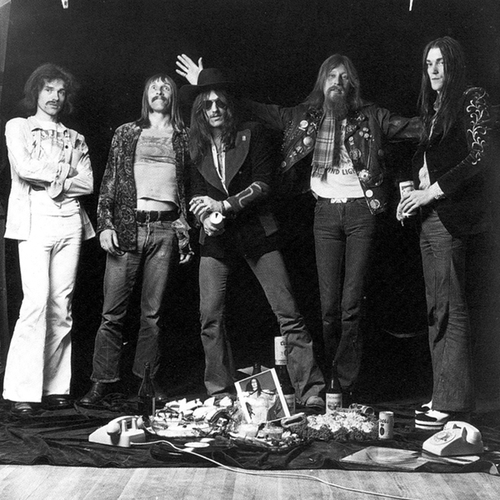 Drummer Simon King said "The Doremi album lacked production. I wasn't really happy with the Space Ritual either. But the new one – I'm quite pleased with it. I like side one because I think it's something we haven't done before. Yeah – I'm pleased with half of the new album."

Side one features both "The Psychedelic Warlords (Disappear in Smoke)","D-Rider" and, on its second cut,"Wind of Change" a rumbling so loud and low you'll believe Hawkwind invented sensurround sound ( coming two month's before the film Earthquake).

This would be the last album to feature bassist Lemmy Kilmeister , who was booted from the band in 1975, during one of Hawkwind's ill-fated North American tours.  He went on to form Motorhead.