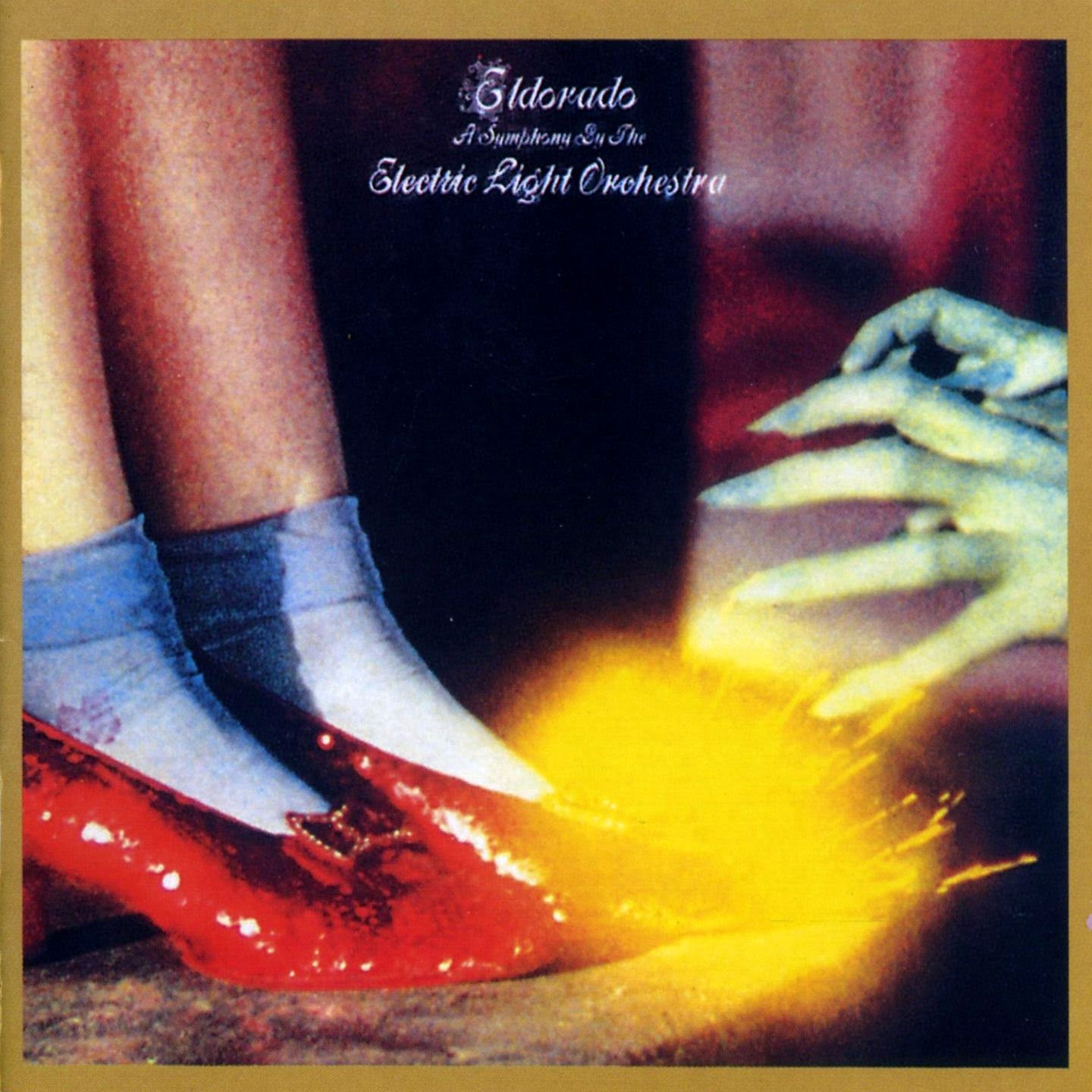 Eldorado, released in September of 1974, is my favorite Electric Light Orchestra album. It's a concept album, made up of mostly short, catchy, progressive pop tunes in the vein of the 1973 ELO hit "Showdown". Jeff Lynne made the most of his opportunity to work with a full orchestra. There are moments of sheer beauty in the stringed interludes of the single "Can't Get It Out Of My Head" and "Boy Blue", the latter sounding like the blueprint of every good to great World Party song.

The concept is that we're following a Walter Mitty hero as he imagines himself in different scenarios. ( As a member of Robin Hood's band of Merry Men in "Poor Boy"; as a triumphant soldier during The Crusades in "Boy Blue"; as a rock star talking to his therapist in "Illusions in G Major"). Despite the Wizard of Oz still used on the cover, he does not imagine himself as Dorothy Gale. That's an entirely different album. 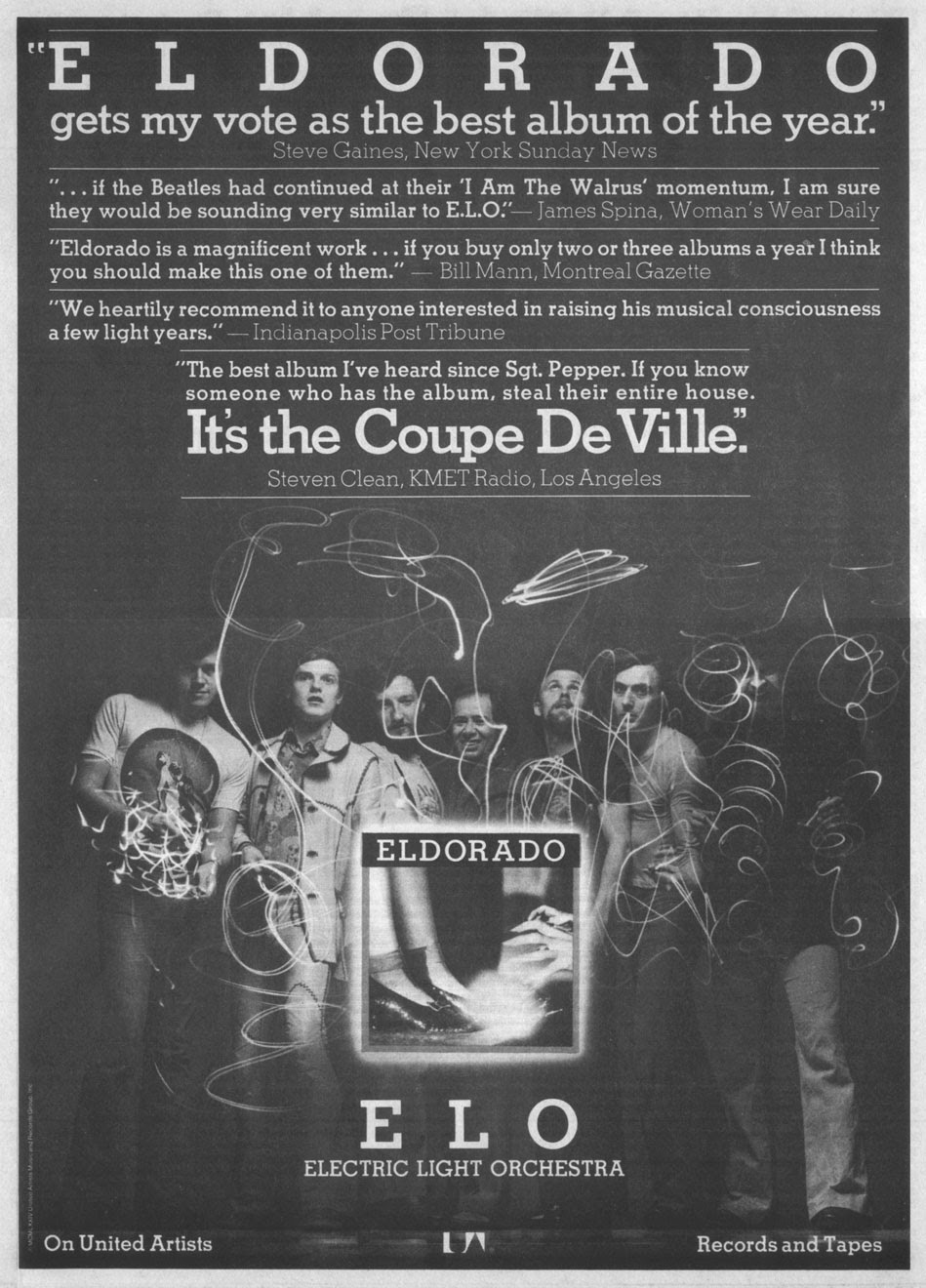 The influence of The Beatles is prevalent, especially in the "Across the Universe" -inspired melody of "Mister Kingdom". Lynne had met the Beatles when they were making the White Album and , years later, admitted "To be in the same room as the four of them caused me not to sleep for, like, three days."

As a concept album Eldorado is lyrically effective and thankfully not overbearing. The symphonic aspects sometimes get out of hand, but generally work well enough. And as for the rest, Eldorado is the most successful Electric Light Orchestra album to date.

This would be hard one to top.