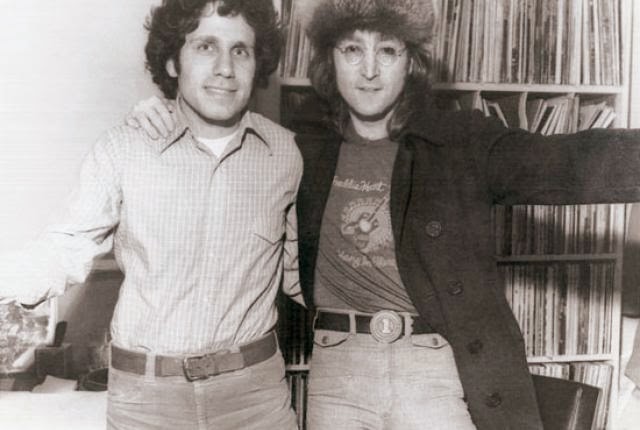 On September 28, 1974 John Lennon was the surprise guest on DJ Dennis Elsas's radio show on WNEW-FM where he discussed the forthcoming Walls and Bridges album, gave the weather forecast,  played a few records, and generally "mucked about".
This remains a favorite of Beatle historians because Lennon talked about everything from the origibnal butcher cover of Yesterday and Today to Lennon's immigration problems to the possibility of a Beatles reunion . Among the records he played were Bobby Parker's "Watch Your Step" from which he borrowed a guitar line for "I Feel Fine", ELO's "Showdown" and Richard Barrett's "Some Other Guy".