Standin', Oh So Near 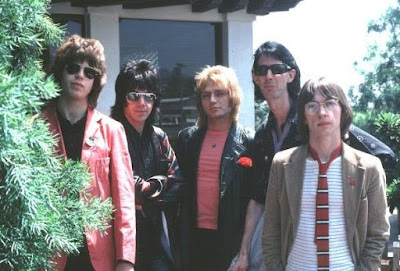 In 1977 a nine song demo tape by a local band called The Cars reached Boston radio stations WBCN and WCOZ. They played "Just What I Needed" and "My Best Friend's Girl", both of which became the station's most requested songs. That's all it took for Elektra to sign The Cars who would eventually sell six million copies of their 1978 debut album. If nothing else, this demo should make you appreciate producer Roy Thomas Baker.