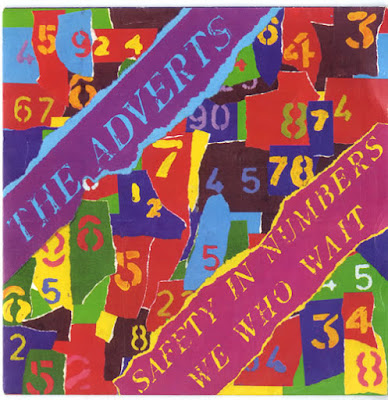 The Adverts : Safety in Numbers

On October 28, 1977 The Adverts followed up their single "Gary Gilmore's Eyes" with "Safety In Numbers".  Though self-labeled "one chord wonders" at the birth of punk, the Adverts were getting better and more disdainful of the whole movement. As more neophytes embraced the punk movement, T.V. Smith dismissed the scene with the lines "Here we all are in the latest craze/ Stick with the crowd/ hope it's not a passing phase/ It's the latest thing to be nowhere"

.Michael Dempsey was the band's producer. He beat up a music journalist who have The Adverts a bad review and two years after the band broke up he died after falling off a ladder trying to change a lightbulb while drunk.