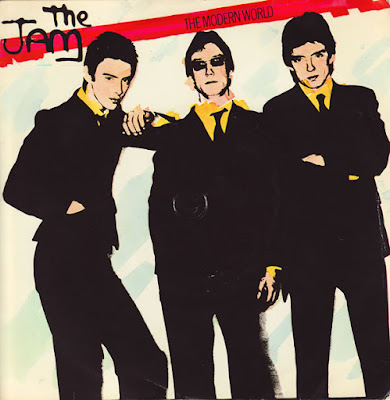 On October 21 1977 The Jam released "The Modern World", a four song maxi-single featuring the title track of their second album which would come out in November. I've posted the album version which has Weller spitting out the lyrics "I don't give two fucks about your review". The radio version changed that to the safer "I don't give a damn about your review".  The single included two soul covers recorded live at London's 100 Club. The single peaked at UK #38 and was the only one pulled from the album.