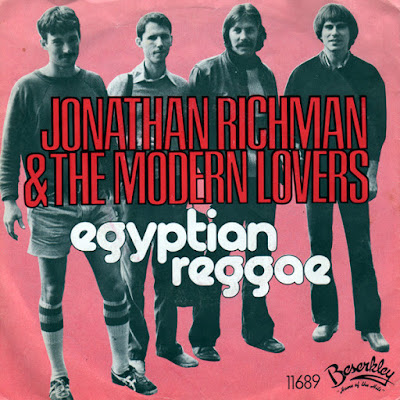 On October 23, 1977 the Jonathan Richman and the Modern Lovers instrumental "Egyptian Reggae" entered the U.K. charts at #49. The charming tune, based on Earl Zero's "None Shall Escape the Judgement", would be Richman's biggest hit, peaking at U.K. #5. That's despite the fact the song is neither Egyptian nor reggae. The video is a delight thanks to Richman's short-lived "Vote For Pedro" mustache and the drummer's inability to bang a gong.  The tune has regained some of its notoriety thanks to its inclusion on the Baby Driver soundtrack.