Paul McCartney's "Coming Up" tops the US Top 10 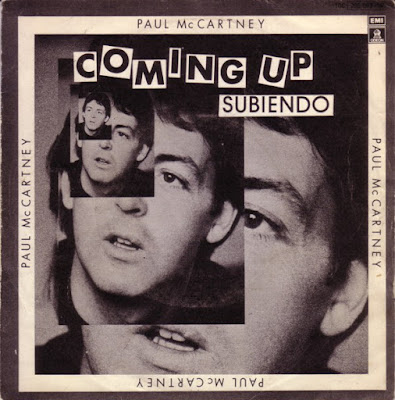 I spent the Summer of 1980 as an intern for my small town newspaper and having massive amounts of sex. The latter part of that sentence isn't true, but I did learn from a reporter at the Shore Line Times that sex sells, which is why I guess I did an article on motel vacancies in our little town. I would ride up and down miles of hills on my bicycle to get to the newsroom, with a portable radio playing the top hits of the day which were not particularly exciting. If Rocky Burnette's "Tired of Toein' The Line" came out, I'd perk up a little. Anyways here's the list, on this particular week:

2 . Lipps, Inc "Funktown"
-Hit No. 1 in 28 different countries around the world and was certified as double-platinum in sales

6. Bob Seger and the Silver Bullet Band  "Against The Wind"

8. The Spinners "Cupid/ I've Loved You For A Long Time"

9. Ambrosia "Biggest Part Of Me"

NEW TO THE CHARTS :