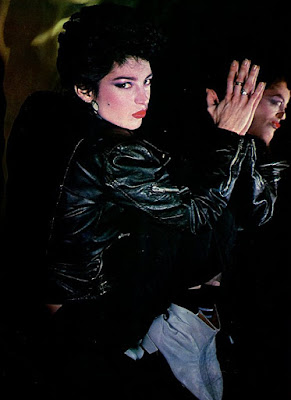 Holly and the Italians : Tell That Girl To Shut Up

Having toured with The Clash and opened for Blondie at the Hammersmith Odeon, Holly and the Italians were on a roll when Holy Beth Vincent provided her Top 10 list to Smash Hits.  Featuring three  Cheap Trick songs, Holly's list also  calls outs The Soft Boys' "Insanely Jealous" as a work of genius. The road was about to get bumpy for the band when fans of The Selecter disrupted their performances, forcing them off the tour,  and recording of their debut album got pushed back to the end of the year.