Au Pairs take on the Battle of the Sexes 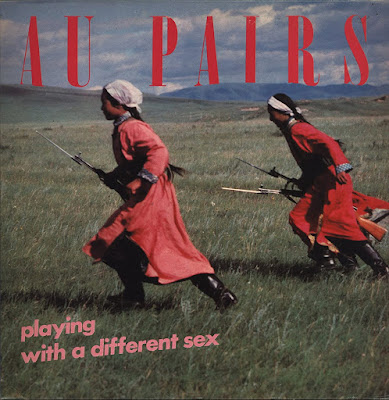 Au Pairs : Come Again
On May 13, 1981 Birmingham's Au Pairs released their debut album, Playing With a Different Sex, highlighted by the recent single "Come Again", a song about faked orgasms. Most of the songs center around the things men and women do to hurt each other. The LP received a five star review form Sounds, their highest rating. Dave McCullough wrote "This is a truly sensuous didactic record...What the Au Pairs have to say, never mind the fact, is wonderful in itself, and that they manage to say it successively, strikes a magic modern chord of common sense".
a 5 Star Record Mirror review 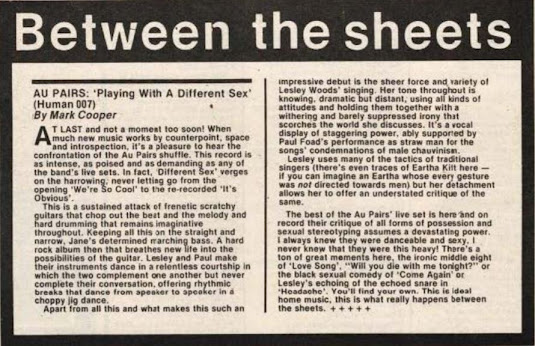