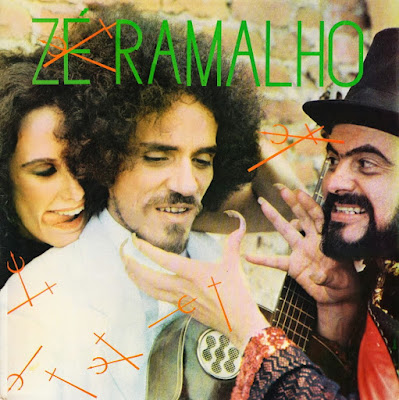 Ze Ramalho : The Devil's Fight with the Owner of Heaven

In 1979, the Brazilian songwriter Ze Ramalho released A Peleja do Diabo com o Dono do Céu (The Match of the Devil with the Owner of Heaven), his second solo album. Now, I am always at a disadvantage discussing Brazilian rock and folk stars because I know absolutely no Portuguese. I've always been attracted by the feel of the music and had at best a cursory sense of what the lyrics mean. The title track begins with lyrics that translate "With so much money spinning in the world /Who has, asks a lot; who does not have, ask for more".

Ramalho is a big reader, an intellectual and a fan of Bob Dylan. He's recorded both "Knockin On Heaven's Door" and "Mr Tambourine Man". He's also skilled at wordplay, taking musical influences from the Northeast part of Brazil and incorporating them into his music. He may best be known for his  biting social criticism. 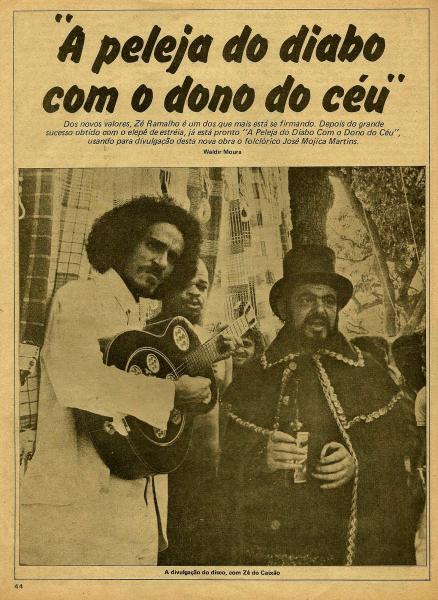 The biggest single from the album translates into "Brave New Cattle". It calls out apathetic Brazilians for  letting their freedoms be curtailed by dictatorial government of Ernesto Geisel. Geisel led the military regime from 1974 to 1979, only to succeeded by another general, João Figueiredo:


For perspective, in the United States the lyrics that moved us the most in 1979 were "Never gonna stop, give it up, such a dirty mind /I always get it up, for the touch of the younger kind /My, my, my, aye-aye, whoa! M-m-m-my Sharona".

I want to add this comment to the post because it adds so much context. I am learning as I explore 70's music and am always willing to bow to someone who knows more about any subject:

Hi, great to know that you appreciate Brazilian music. Brave New Cattle was a big hit at this time along with other great songs from Zé. BTW, I think you will also love the first record "Zé Ramalho". "Avohai" and "Chão de Giz" were also hits in Brazil. Zé is actually from the Northeast from the country and there you also find great artists like Alceu Valença (one of my favorites), Geraldo Carneiro, Elba Ramalho, Caetano Veloso, Gilberto Gil and lot more. Also, the guy with the black hat was "Zé do Caixão" "Coffin Zé" a famous actor in Brazil with his terror movies.
at 2:00 AM