Her Mouth is Stuffed With Flies 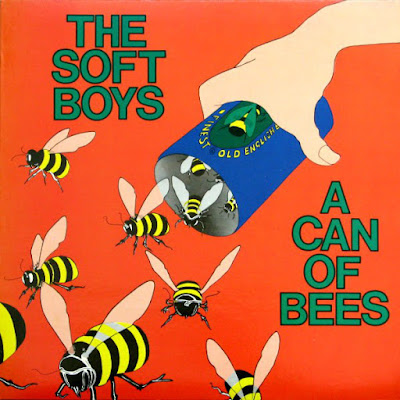 On April 24, 1979 The Soft Boys released their debut album, A Can of Bees. Led by the irresistible and quirky Robyn Hitchcock and featuring future Katrina and the Waves hitmaker Kimberley Rew, this album may pale in comparison to the follow-up,  Underwater Moonlight, but it does have its moments. "Human Music" is a jangly love song with three part harmonies that could have come from any Robyn Hitchcock album in the last 40 years . It's so pretty you might overlook the bizarre lyrics:

Darkness is the shore of light,
the truth is framed with lies
And a girl can smile so sweetly
though her mouth is stuffed with flies 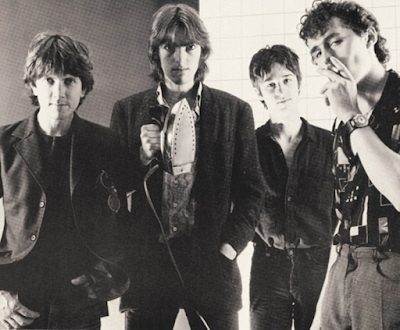 Robyn Hitchcock wrote about the Soft Boys in 1979 for The Quietus:

Morris (Windsor, drums) and Andy (Metcalfe, bass) inclined to The Beach Boys and Steely Dan; Andy, Kimberley and I were big into Fairport, Richard Thompson, and The Albion Band; while I was magnetized by Syd Barrett and Captain Beefheart, but we all loved the Beatles, which marked us out, irrevocably, from the permitted heroes of punk. As we learned to play electric music, we festooned it with harmonies and booby-trapped it with odd time signatures.

Hitchcock goes on to write the album that was ignored by everyone but a few record store clerks in the United States ( Like future R.E.M. guitarist Peter Buck).

The Can of Bees tour was a demoralizing experience: long silences in the van punctuated by Kimberley sighing, "Looks like rain."