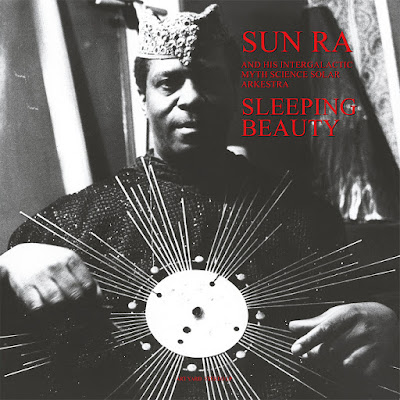 Sun Ra : Door of the Cosmos

In 1979 the experimental jazz composer and cosmic philosopher and visitor from Saturn, Sun Ra,  and his Intergalactic Myth Science Solar Arkestra released the ultra smooth Sleeping Beauty. "Door of the Cosmos" is one of three tracks on the album, singled out by Pitchfork's Sheldon Pearce as one of 200 best songs of the 1970's.

Written and arranged by Ra, the track is a wonder, a shot of that prism of light he claims beamed him down from the stars and started his revolution all those years ago.

The music gets wilder as Pharoah Sanders blows his horn. Some people claim this nine minute jam has the power to heal. The album is ranked among the top 10 of 1979 by the user reviewed database Rate Your Music.