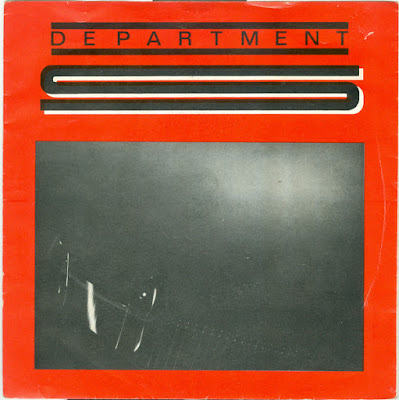 Department S : Is Vic There?
[Purchase]
Halfway between the release of 1979's Life Of Brian and 1983's The Meaning of Life , Monty Python inspired one of 1981's sharpest single when Demon Records released "Is Vic There?" by Department S. It's a punchy guitar driven number produced by former Mott The Hoople members Overend Watts and Buffin. When RCA Records picked up the distribution deal in May and David (Split Enz) Tickle did a dance remix, the single began climbing the charts to UK#22.
So what's the deep inner meaning of this song? Vocalist Vaughn Toulouse told Smash Hits the song was inspired by a phone call.
"A friend of mine, Ginge, who was roadying for Spizz at the time , picked up the phone and this voice at the other end said "Is Vic there?" And Ginge knew about the Monty Python sketch and he said, "Nah, this is Norman. Has he been round again?" and it sounded really funny 'cause I'd never heard the Monty Python.  So I just jotted down the lyrics. They're nothing really, just a joke. "
at 2:00 AM