These Ohio pirates take a fantastic voyage to number one 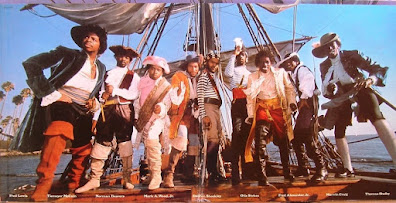 Lakeside : Fantastic Voyage
[Purchase]
At the end of January, 1981, Lakeside, a Dayton, Ohio band made of up of funk music veterans who had just taken to dressing up like pirates onstage, hit #1 on the Billboard R&B charts with "Fantastic Voyage".
Tailormade for the dance floor, the song combines elements of Parliament, The Gap Band and  disco rapping. The song would peak at US#55 on the pop charts before Coolio heavily sampled the song in 1994, taking his version to US#3.
at 2:00 AM